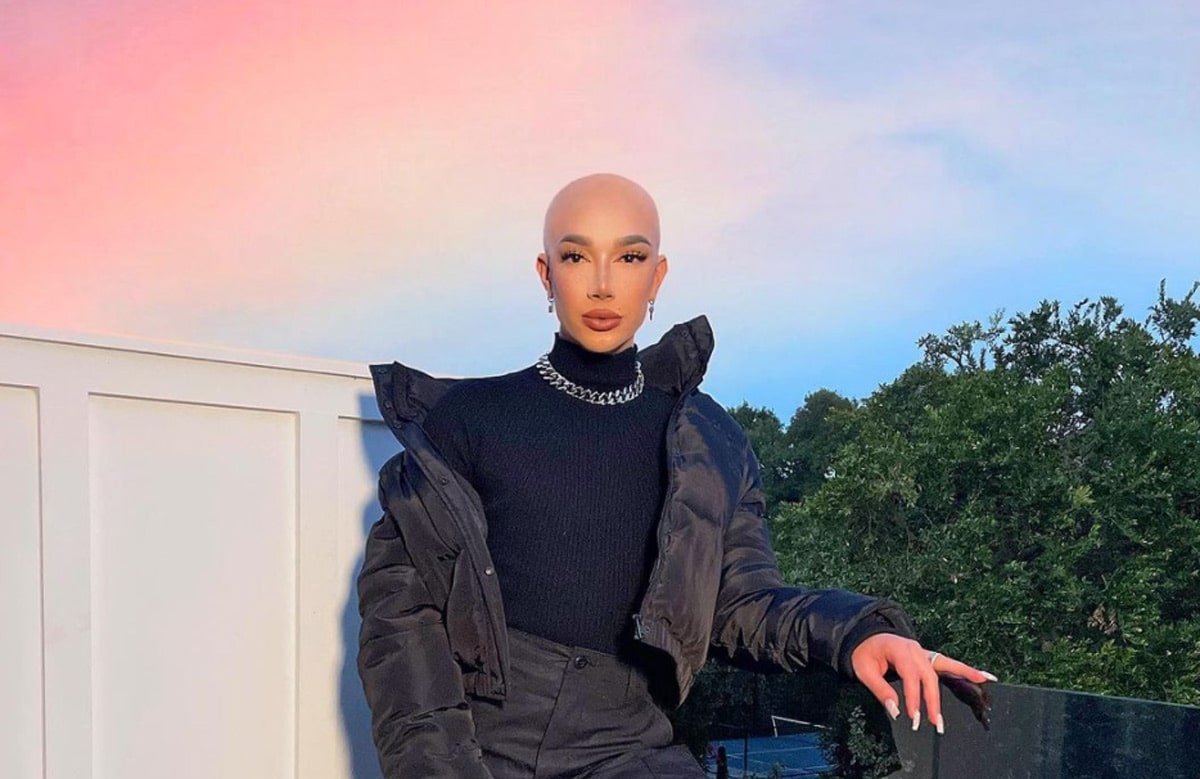 “Hi sisters! In today’s video, I’m trying something I’ll never get to experience—being pregnant! My best friend Laura is pregnant with her second baby so she challenged me to be pregnant for 24 hours to see if I was strong enough to go through what she does! I hope you enjoy the video!” was the last anyone thought of hearing from James Charles as he promoted his latest YouTube video, ‘24 hours being pregnant’ with a photoshoot on Instagram.

Pulling off the iconic ‘cradling my baby bump surrounded by a bunch of flowers’ pose, the picture redirected users to his latest video, which has already gathered a staggering 7 million views on YouTube. The video features Charles donning a prosthetic baby bump and juggling between tasks and challenges scheduled for the day. A contraction simulator and faux maternity photoshoot (which later graced his Instagram) were all part of the challenges as well.

Both the video and photoshoot broke the internet mere minutes after they went live, raking in both support and backlash. “I love you James, but be ready to expect backlash. This wasn’t a good move. It’s very insensitive and I’m generally not a sensitive person. Sorry bud. This ain’t right,” wrote one user, with another following up with “Pregnancy isn’t a trend.”

However, the video has particularly been met with backlash from some fans who found it insensitive to women who struggle to get pregnant or those who have suffered with difficult pregnancies. “To pretend to be pregnant when there are women who cannot,” commented one while the rest pointed out that a member of his team described his pregnancy shoot as “very Halsey” off camera. Halsey, who announced her pregnancy at the end of January, has been very open about her long and painful struggle to conceive due to her endometriosis and has written about her difficult journey in the notes for her album Manic.

Fans on Twitter were also quick to point out that Halsey had unfollowed the YouTube star soon after the video went live.

On the other hand, however, there were many who defended Charles stating the fact that he was trying to “understand” what pregnancy is like and that many others have worn a pregnancy simulator in the past.

All of this feud appears to have taken off even after the YouTube star posted a disclaimer before he went ahead with the challenges. “This video is not being made in any way, shape, or form to make fun of, but to make light of pregnancies and the sensitivities and the complications that come around it,” he had clarified.

“It’s obviously such a beautiful, beautiful thing that women go through with their bodies and it takes a whole lot of strength as well. I know first-hand from watching Laura do it twice now. This is just a lighthearted video to see if I can last for 24 hours experiencing some of the ‘challenges’ that are even possible for me to actually experience today,” ended the YouTube star after noting that a portion of the proceeds from the video would go to different charities that help women through pregnancy complications.

And just when the conversation seemed to be dying down, Charles posted a picture sporting his newly shaved head on Instagram. Internet users once again got to work, following up with his pregnancy backlash and pointing out that he had sported a ‘fake bald head’.

“What’s up with James Charles posting fake everything? He needs to stop tbh,” stated an agitated fan while the other got to screenshotting zoomed-in images to prove their point. As for James, he bathed in the glory of trending on Twitter for the searches ‘James Charles pregnant’ and ‘James Charles bald’ consecutively.

Though there are still triggered fans commenting under his posts, the conversation seems to have taken a lighthearted spin with fans digging up meme templates to use on Twitter. And it finally seems like we’ve come full circle: 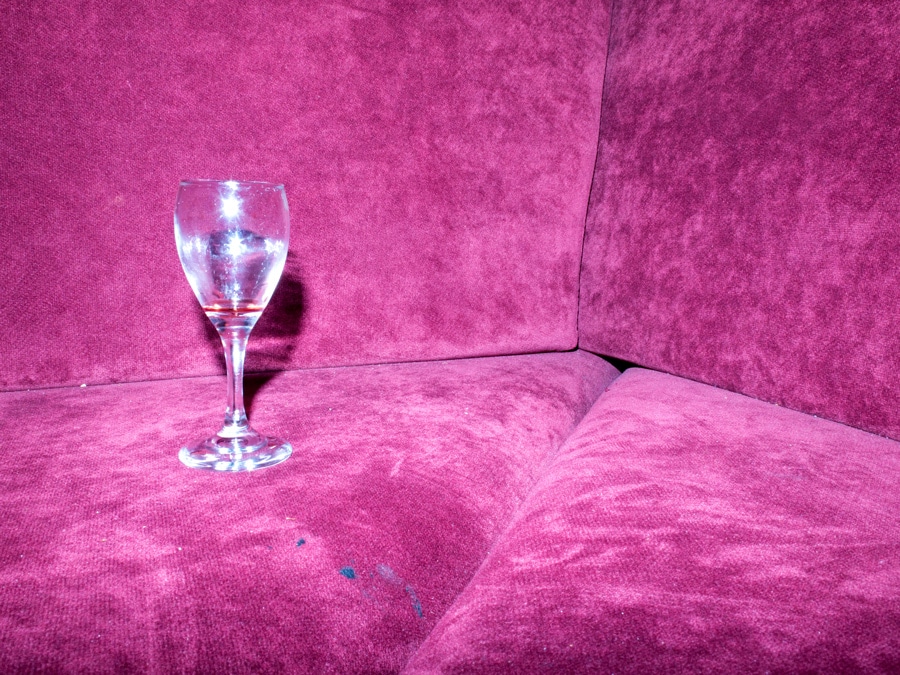 If you are used to posting frequently across your social media channels, your Stories are always up to date and you’ve read and retweeted the funniest trending memes by noon today, you’ll know that as much as you’re putting out there, you are equally receiving back. And it’s not a Big Brother type scenario—it’s those you are endearingly commenting on their selfies saying “Sis” and referring to as “Auntie” online.

Now imagine you have nearly 11.5 million people watching you on both YouTube and Instagram. 2.3 million favouring your tweets and another nearly 200 hundred thousand liking your videos on Facebook alone. That is the cyber reality of 19-year-old makeup artist and beauty YouTuber James Charles.

Recognised across the internet for his thick brows, contoured (and highlighted to the gods) cheekbones and an advocate for boys wearing makeup, James Charles is also a CoverGirl, entertainer and has worked with the likes of other influential names such as Jeffree Star and Liza Koshy to name a few. But just like many other lifestyle YouTubers, Charles’ fame is based on his life—or the one he chooses to put out there. His makeup reviews and fun challenges on YouTube are one of the ways to get your fix of him; with his wider social media presence full of his day-to-day activities, outfits, events and the people in his life.

Charles is the nouveau kind of new money: his celebrity is based on doing makeup looks, from the relatable to the highly skilled art on one’s face, presented on the biggest global video sharing channel anyone can access. But with growth in recognition to millions and collaborations with celebrities such as Kim Kardashian, he’s gone from being attainable to aspirational in a matter of three years. Yet what Charles is selling is not just makeup or his views on taking down conventional beauty standards for men and women. Just like his contemporaries, the premise for how Charles truly makes his money comes from continuously sharing his personal life with the world. It does not come as a surprise then that the YouTube influencer is battling with his privacy offline.

Recently, Charles shared a tweet instructing fans not to visit his home following a frightening security breach. The tweet said “I will not hug you, I will not take a photo with you, and I absolutely will not sign your palette. It is extremely disrespectful & makes me feel very unsafe in my own home. Respect people’s privacy, it’s really not that hard”. Charles’ message seems clear—in conventional settings—but are the blurred lines really that easy to understand if a fundamental aspect of your fame is laid in sharing your private life with your fans, especially if a majority of them are Gen Z teenagers who have grown up with influencers like Charles as part of their norm?

Some would argue it’s contradictory for Charles to ask for privacy when he has made it his business to be so public and even built a career on welcoming the world into his life. For those wondering if he stopped posting frequently after asking for more privacy, of course, Charles couldn’t because this is technically his source of means. The beauty YouTuber continued with regular programming six hours after making his statement, which later went viral on Twitter (a modern-day Catch22 if we ever saw one). Surely the concept of privacy has changed if, on the one hand, you’d like to be left alone in your home and on the other hand, fans are greeted with “Hi Sisters!” from Charles’ bedroom on a daily basis.

The difference between Charles, as an influencer, asking for privacy and a celebrity with a profession such as acting, for example, is that an actor’s product is their character and films, whereas Charles is selling himself and his day-to-day life. Arguably, just like the Kardashians, the Jenners, or any other reality TV star, people should be granted privacy regardless of what they may be selling but actually, I believe this status quo of disregard to personal boundaries comes from an over familiarisation with these figures, which is innate to the influencer culture they are a part of.

In 1999, sponsored by the Screen Actors Guild, Hollywood actors legally were allowed the law of privacy after the tragic death of Diana, Princess of Wales. Is it time then for this law to be amended as influencers such as James Charles have completely rehashed the definition of new entertainment, with many YouTubers and influencers also struggling to maintain their privacy While the majority of Charles’ audience clearly respects his personal space (as it’s only the odd one or two followers who showed up at his home and not 11 million), privacy becomes extremely hard to attain when it looks like you already have the world over for dinner.