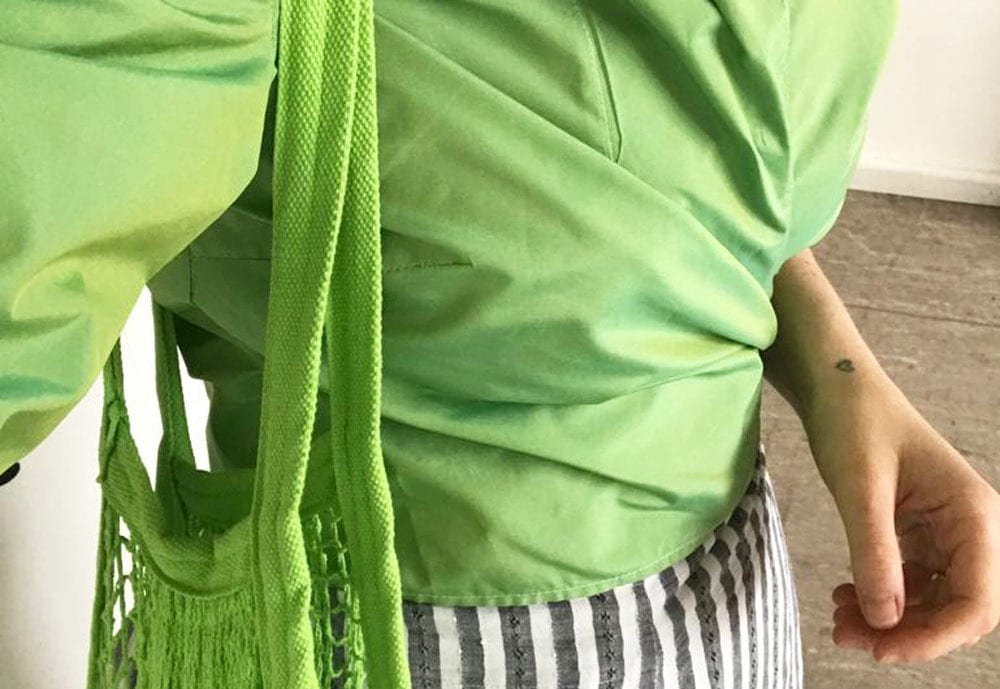 What is a basic bitch?

First things first, let me start by explaining the term ‘basic bitch’ (where both words can also be capitalised for a more dramatic effect). Depending on the country she (being a basic bitch has nothing to do with gender, but for the sake of this article I’ll be describing a female basic bitch) comes from, the basic bitch can display a few different characteristics. However, she will always have some main universal traits.

At the top of the list is her sense of fashion. Many will recognise a basic bitch by the camel UGG boots she’s wearing and the generic Michael Kors bag she’ll always have by her side. Take the French version of the basic bitch and she will still be wearing UGG boots, this time in black, and will have replaced her Michael Kors bag with a Zadig & Voltaire one or the Balenciaga Classic City bag—you can take my word for it, as I’ve been there, done that.

Usually a big fan of any Starbucks drinks, the basic bitch will definitely be drinking a Pumpkin Spice Latte during autumn. When the weather gets warmer, she might switch to a frappuccino with extra whipped cream. Mainly inspired by shows such as Gossip Girl, The Hills and 90210, the basic bitch loves a bit of rose gold jewellery and a good pair of leggings.

But more importantly, being a true basic bitch is not only limited to the way you dress—because, as I’ve said before, this can depend on the country, the city and even the neighbourhood the basic bitch comes from. Being a basic bitch has now become an identity, a state of mind and, sometimes, an insult. But why ‘basic’ and not any other term?

Why the term ‘basic’?

‘Basic’ as the pejorative term we know it to be today was originally used to describe someone or something unsophisticated; simple. But with the basic bitch, the term became the perfect adjective to describe (and ridicule) predominantly white women who all look and act the same. In other words, the basic bitch is so mainstream.

According to Google Trends, the term ‘basic bitch’ reached peak popularity in April 2014, shortly after the satirical video titled How To Tell if You’re a Basic Bitch was released by College Humor.

Is the basic bitch a thing of the past?

While being a basic bitch was almost a natural step in the life of a cisgender white female in 2014, many have speculated that the basic bitch no longer exists in 2020. But the basic bitch didn’t disappear; her style, like everybody else’s, merely evolved—she traded her Abercrombie & Fitch hoodie and her Lululemon leggings for that dress from Zara, a pair of Birkenstock sandals and a Fjällräven Kånken backpack.

Should you be ashamed of being a basic bitch?

Do I regret my own basic bitch years? Yes and no. In my case, I like to think that peer pressure and the immeasurable desire to fit in that most teenagers go through were the two factors behind my short-lived basic bitch phase. And although Facebook reminders come to haunt me with pictures of my 14-year-old self wearing atrocious fluorescent yellow joggers that spelled out PINK or SEXY on my bum, I keep telling myself that at the same time, I was also beginning to discover my own sense of style by hunting down a vintage pair of Vivienne Westwood Roman-inspired shoes.

Would I call anyone a basic bitch out loud in 2020? Probably not. Would I think it or text it to a friend? Most definitely. But what doesn’t fall under the ‘basic’ umbrella nowadays anyway? With the rise of social media platforms such as Instagram and TikTok, even the smallest subcultures have become somewhat ‘basic’.

So you think you’re being super edgy because you have pink hair? Think again. Does owning a pair of the Sunday Service tracksuits makes you different? You’re just a rich basic bitch. And that is absolutely fine.

We need to accept the fact that we’re bound to be predictable and mainstream sometimes. Accepting this is the first step towards being kinder to yourself. Just say it with me: we’re all basic bitches. 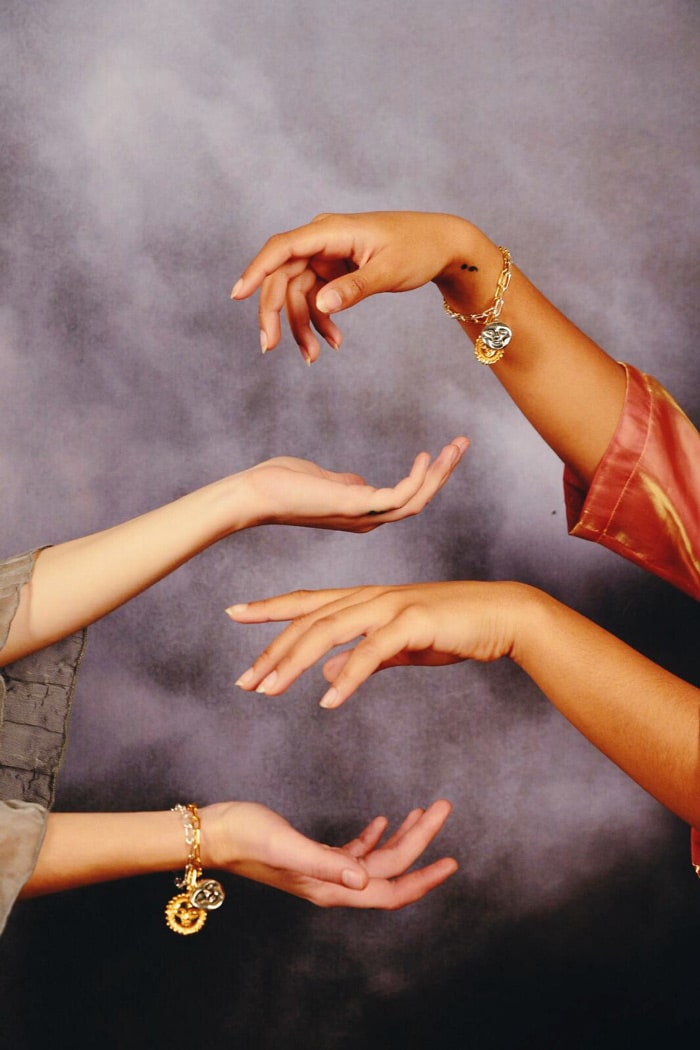 What did Emily Ratajkowski’s hairy armpits really do for all women?

What did Emily Ratajkowski’s hairy armpits really do for all women?

Putting us all under that one bushy umbrella may be a cliché thing to do, as we know being brown and hairy almost comes hand in hand, but being a hairy woman clearly isn’t spoken about enough. Recently, it started making headlines and Harper’s Bazaar paraded armpit hair like the latest accessory. This comes as no surprise from Harper’s Bazaar, a magazine that is trying to be both sexy for the male gaze and feminist at the same time. And who better to parade sexy feminism than Emily Ratajkowski? Because, of course, I forgot hair is only cool when shown off by a slim, white, hetero woman making it ‘fashun’ again.

In an open essay for the September Issue titled Emily Ratajkowski explores what it means to be hyper feminine, Ratajkowski wrote about feminism and choice, and the importance of women’s right to choose but more importantly how she dresses, what she posts, if she decides to shave or not. Hence the photo of her, arm raised, showing-off her armpit hair—in black and white no less, because she’s really serious about this.

But hairy girls everywhere, what was your reaction? Were you praiseful towards the model and activist for taking the hit for women everywhere (mind you, she did get archaic comments telling her to shave her hair for health and cleanliness) or did you, like me, roll your eyes so much your contacts nearly came off?

I am tired of white feminism and this is exactly why: Emily Ratajkowski showing-off her armpit hair for a mainstream magazine that caters mainly to her self-applauding white peers and saying it’s for all women, does nothing actually for all women.

Maybe I’m being harsh. Maybe someone out there is now looking at Ratajkowski and is inspired to not shave. But think about this, for Emily Ratajkowski and Harper’s Bazaar to have even made this image of feminism appealing to its readers, Ratajkowski had to sell her sex appeal at the same time, signaling that this, too, can be attractive (as long as you fit into Eurocentric standards of beauty and of, course, look like that in a bra).

And what kind of feminism does this even fall into? The actor’s message may be positive, and, yes, I agree that women can do whatever they want, but this doesn’t mean every time a woman does something in the name of women it’s automatically good for women and worthy of applause.

If Harper’s Bazaar were truly inclusive, they would have featured a range of women commenting on how they feel about their body hair. Women from all walks of life, not just in their sexuality, gender, religion, politics, and upbringing, but also their schools of thought and hair textures. Would Ratajkowski be their choice if her hair were curly, coarse, and looked like it was derived from an African ancestry? Would they have shown a veiled Muslim woman wearing the niqab and talking about her relationship with body hair even if she doesn’t show it?

Being a brown girl and growing up with dark thick hair is amazing. It’s strong. It takes well to oil and comes in textures that both tell our history and that show that we’re made from the sun. Yet, it’s also complicated. There are so many common threads between us, from those that literally shaped our eyebrows and moustaches and perhaps forced us into puberty faster (depending on how cool your mum was and what age she’d let you go to the salon), to stories about shaving from a very young age because being one of the only brown Muslim girls in class is hard enough and we don’t want to be the brown, Muslim, and hairy one on top. Memories of being told that “you must be a man” from boys who now dm you on Instagram. I haven’t even spoken about what it must be like for curvier women, and those who do not fit within the binaries of gender and sexuality.

The issue with Emily Ratajkowski or Harper’s Bazaar’s story isn’t actually about her armpit hair or her curated sex appeal designed to sell one version of what freedom looks like, it’s about how little white feminists have to do to be praised for helping all women.

As brown and black girls, we have to solve the issues surrounding female genital mutilation, child marriage, and the lack of representation in the media in order for us to be acknowledged for doing anything for our communities. And yes, I’m talking about our communities. When brown and black girls do anything for women, we’re boxed in for doing it for our women instead of all women, even if we’re the global majority, whereas Ratajkowski is now credited with representing all women.

But it’s not radical to show off your armpit hair—which is rumoured to be fake anyway as Ratajkowski has said to be lasered everywhere. It’s not revolutionary to be another white woman trying to be the face of feminism when it’s trendy and cool. If anything, it shows me how little work you have to do to be accepted both beneath the patriarchy and in the arms of women. If anything, this is all corny and boring. Next.