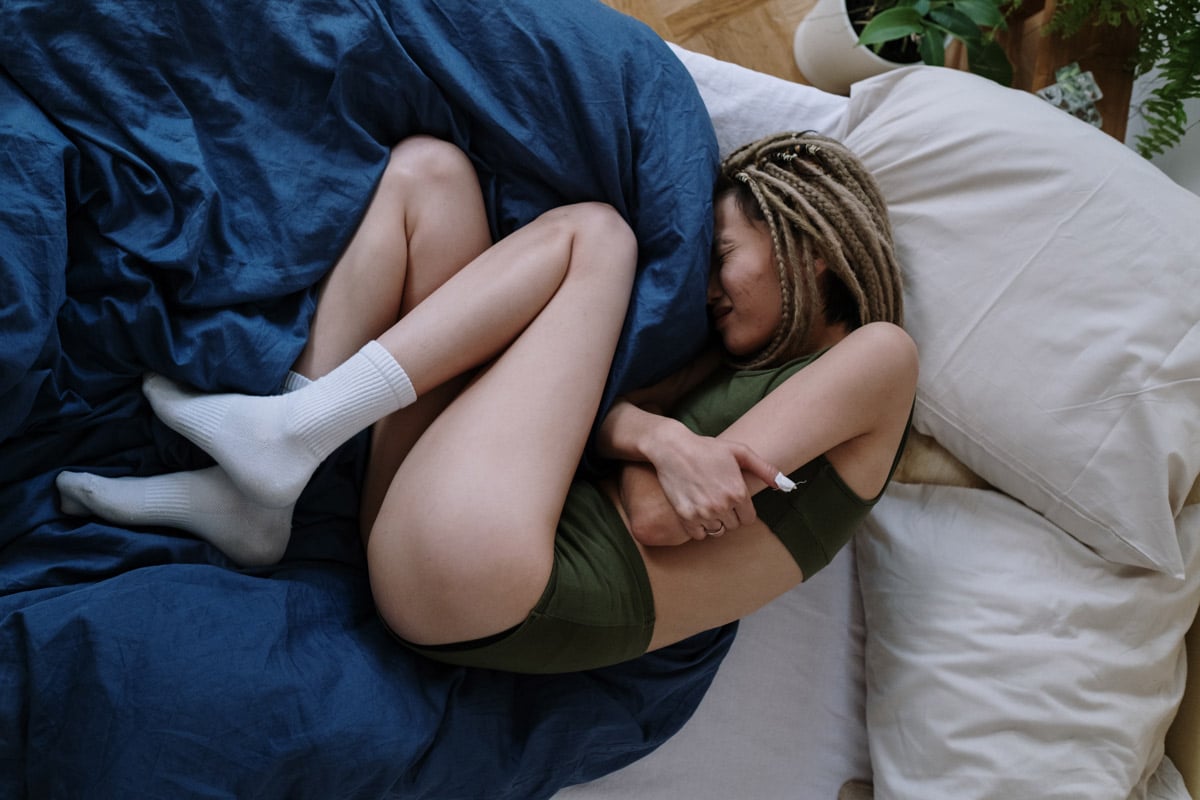 March is Endometriosis Awareness Month, and although those month-long observances can seem redundant—clearly, with people suffering from the condition all year round—it represents a key opportunity for the chronic illness community at large to spread awareness about the lack of knowledge and support surrounding endometriosis.

Endometriosis is a full-body chronic inflammatory condition where tissue similar to (but not the same as) the lining of the womb grows outside of the uterus. It can cause a myriad of symptoms including chronic pain, agony when menstruating, irritable bowel syndrome (IBS)-like symptoms and even infertility. Though it has previously been categorised as a ‘women’s health issue’, it is currently known to affect one in ten people with internal reproductive organs—with the condition disturbing much more than just reproduction. Impacting sufferers who are trans, intersex and non-binary, with rare cases of cis male sufferers too. However, both on and offline, conversations around endometriosis continue to centre fertility as the main reasoning and problem to be solved by doctors—getting no closer to a proven cure or long-term treatment plan for most sufferers.

Making blanket statements about social media is to misunderstand its diversity. There are pockets for just about everything on the internet, and the chronic illness community is no different. TikTok, Instagram and YouTube are home to a wide range of people with endometriosis creating content and connecting with each other over often traumatic incidents with medical professionals—ranging from years-long waiting lists and dismissal of symptoms to medical gaslighting—as well as actual experts in the field taking the time to spread the right information.

Sam, a 22-year-old living with stage four endometriosis, creates content on both Instagram and TikTok to spread information on how she’s managing to live with the chronic illness. She told SCREENSHOT, “I felt incredibly isolated and alone, and since finding the community online, I don’t feel that way anymore.” Sam believes this is what makes the endometriosis community so important. “It gives space for people to come to when they need support and understanding, especially with endo as the severity of the disease and the impact it has on our lives is so hard for people to understand when they don’t have it themselves.”

However, in spite of the rising advocacy sufferers do in such spaces, there are still ill-informed doctors and sometimes other sufferers, perpetuating misinformation that can generate more harm than good. At times, it can even feel impossible to differentiate the right information from the wrong, particularly when you have medical professionals in scrubs (complete with stethoscopes around their necks) telling the TikTok public that endometriosis is exclusively hormonal. News flash: it’s not.

As an information creator, Sam said that it’s often difficult to know what the right thing to do is, given how the pool of posts from other influencers is often conflicting. “I don’t fully blame them, as so much misinformation is out there, even from ‘credible’ sources, and it is so challenging to navigate the internet and decipher correct information as a result,” she explained. “The spread of incorrect information is so dangerous, and holds the community back from progressing.”

There is also a burden placed on creators who make content around the disease they live with. Trauma dumping, online trolling and emotional distress can all be consequences for creators who, despite the billion-dollar influencer economy, are largely not financially compensated for—especially not to the degree of other lifestyle creators.

Some whose day job is to diagnose, operate, and treat patients with illnesses including endometriosis will warn patients away from using ‘doctor Google’, however, there are many who have no choice. Track records for people misdiagnosing themselves are, of course, common but so are the ever-worrying stories surfacing of individuals whose doctors have ignored their complaints to later find themselves in life-threatening danger.

Ciska, 24 and living with endometriosis, explained it took years before her doctors directed her to the condition despite her already suspecting that it was the cause of her symptoms: “Everything I know about endo and the way that I manage it has come from creators online. It meant that I felt empowered when I went to the doctor and recognised when I was being dismissed—I knew exactly what to fight for when it came to treatment and surgery.”

The current average time it takes to receive an official endometriosis diagnosis in the UK is eight years, with most people developing symptoms during their adolescence and who will often be in their mid-twenties before they hear the word ‘endometriosis’ from a doctor’s mouth.

Alongside doctors not taking your complaints seriously, there is no simple non-invasive test or procedure to diagnose the condition. Ultrasounds and transvaginal scans are often used despite their inaccuracy, often missing tissue in other areas, which again, leads to a dismissal of symptoms from professionals. It is only when a person is cut open for laparoscopic surgery—a surgical procedure that allows a surgeon to access the inside of the abdomen and pelvis—that camera images show exactly where endometrial tissue is growing.

Instead of dismissing patients who use the internet to inform themselves, we have to ask ourselves why that is even necessary in the first place? If people in chronic pain were believed from the moment they came in contact with medical institutions, perhaps they wouldn’t be so reliant on seeking help elsewhere, aka scrolling on TikTok. 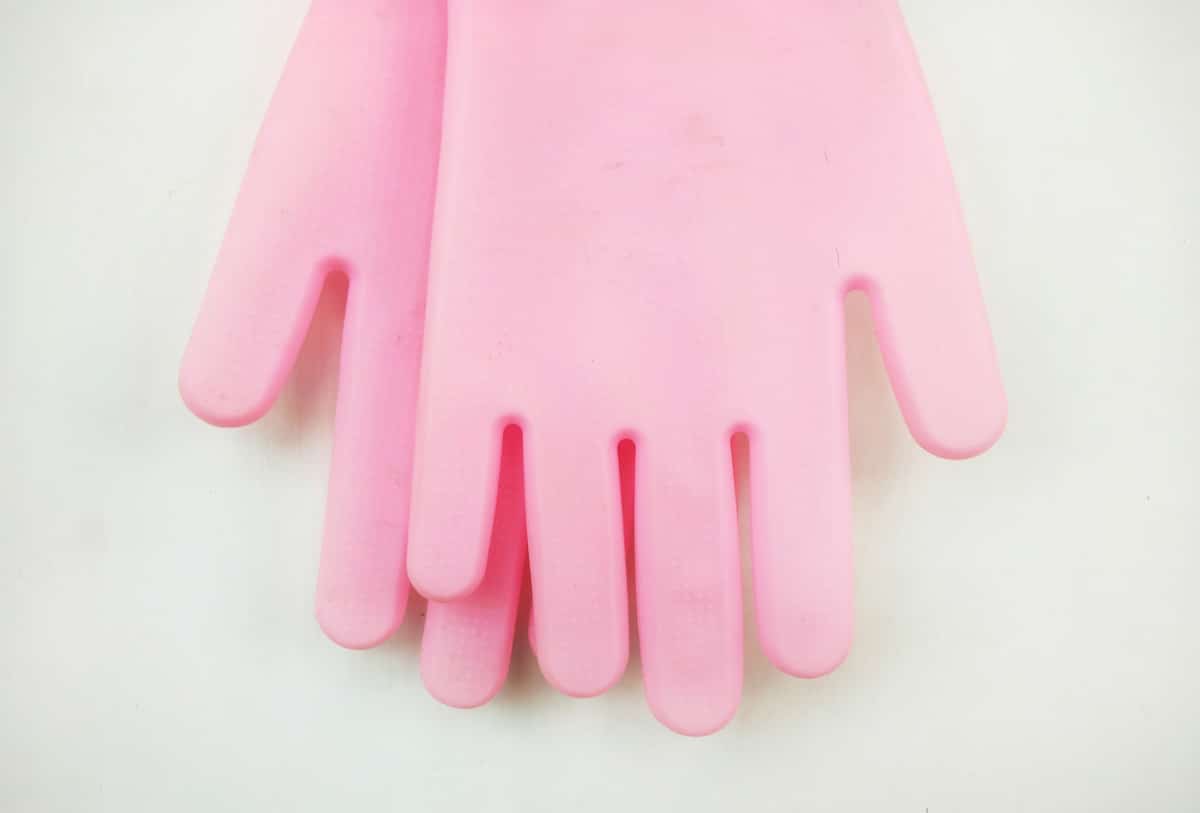 Men created the Pinky Gloves so that you don’t have to touch your own period blood. What does it say about period stigma in 2021?

People who menstruate, have you ever faced the following dilemma: you are on your period, and you need to dispose of your pad or tampon. But all you have are your bare hands. What do you do? What if I told you that a group of men came up with a ‘solution’ to this (apparently) pressing issue?

There are a ton of useless vaginal products out there. The latest one is called Pinky Gloves, brought to you by a group of three men, which are essentially a pair of gloves designed to prevent you from getting blood on your hands when removing period products. The pair then forms its own bag, which you can use when disposing of your tampon or pad (instead of using its original wrapping, or toilet paper, I guess). And it’s bright pink of course, because what other colour would women want?

Yes, Pinky Gloves sounds like the exact type of product someone who knows little to nothing about periods, or vaginas, would make. The founders are two men, Eugen Raimkulow and Andre Ritterswürden. The duo first presented the nightmarish product on the German TV show Die Höhle der Löwen, where inventors go to seek money from investors. Ralf Dümmel, a businessman, invested €30,000 into the Pinky Gloves, and so then there were three.

As you can probably imagine, this little invention caused some serious uproar. The gloves gained online attention worldwide after gynaecologist Jennifer Gunter tweeted out about them, “So these dudes designed pink gloves so tampons and pads can be disposed of properly and discreetly. I shit you not.” Others described the gloves as sexist, environmentally unsustainable, and blamed them for further stigmatising menstruation—while monetising on the stigma surrounding it too. For three men who do not menstruate in the first place, it was pretty much a win-win situation.

The whole premise of the product implies that having to touch your period blood, or struggling to find discreet ways of disposing of your period product are the most pressing issues people who menstruate face worldwide. For so long, periods have been deemed as something ‘dirty’, and something that we need to hide. It’s still so rare to see a pad or tampon advert where real blood (or at least something resembling blood) is used, and I’m sure many of us can recall the gut-wrenching panic of getting blood on our light coloured jeans, or the sheepish walk into the school bathroom with hidden tampons stuffed up our sleeve. But let me say this once so we’re all clear: menstrual blood is perfectly normal, it can be touched and washed off.

In many ways, Pinky Gloves is trying to be a solution to a problem that simply doesn’t exist. Meanwhile, period poverty is at an all-time high worldwide, and in the UK alone, almost a third (30 per cent) of girls aged 14 to 21 have had issues either affording or accessing sanitary wear in lockdown.

Stigma surrounding menstruation, along with lack of necessary education, are contributing factors to period poverty. Tampon tax is a term used to call attention to feminine hygiene products being subject to value-added tax, unlike the tax exemption status granted to other products considered to be necessities. While some countries have lifted this tax, it is still a pressing global issue.

The ‘pink’ tax is a similar term used to describe how products marketed towards women are often more expensive than those marketed for men (for example; razors, shampoos, and shower gels). In many ways, Pinky Gloves are contributing to this ‘pink’ tax—the gloves were reportedly sold for €11.96 for a pack of 48. Not that you need an alternative, but just doing a quick Amazon search, I found a pack of 100 disposable gloves for £10.49 (converting to roughly €12). Pinky Gloves are marketed as ‘femine’ and as an essential hygiene product, but are sold at a significantly higher cost than most hygiene products. After all, they are pink!

Amidst all the backlash (and some great memes), the great minds behind Pinky Gloves have released a few official statements, acknowledging their errors and apologising for them. In the latest one, they said they are pulling the product off the market, adding that “at no point did we intend to discredit anyone or make a natural process taboo.”

“The good thing about the current situation is that the period and its political aspects are getting a lot of attention and the important social discourse is now widespread,” reads the first official statement of the product’s Instagram. The truth is, as ridiculous as the gloves are, Pinky Gloves does highlight one pressing issue caused by menstruation (and spoiler alert, it’s not the blood getting on your hands).

There is a sheer lack of education when it comes to sexual and gender health, and therefore the fact that this product exists should not come as a surprise. In fact, Pinky Gloves have a reported revenue of $704,000—highlighting the fact that there are people out there purchasing them. Periods should not be taboo, but the reality is that they still are. As a society, we certainly do not talk about them enough.

There is one thing that the founders of Pinky Gloves are right about—the fact that this discourse needs to be had. And I hope that the backlash does not discourage other men from trying to take an active role in improving feminine health. But it should be done through education, or in other words: an increase of listening to people who menstruate.

The main blind spot of Pinky Gloves was the lack of research and insight into their product. Perhaps the founders had good intentions at heart, but they didn’t think twice. After all this controversy, no Pinky Gloves for you, boo.