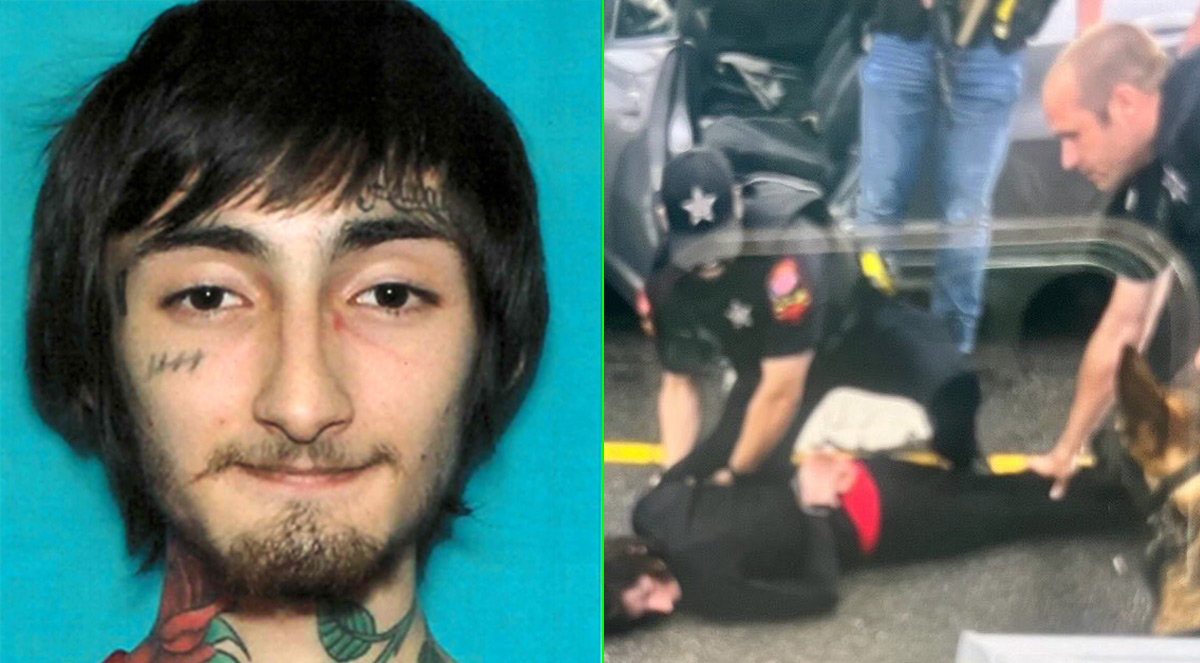 The July Fourth parade held in Highland Park, Illinois, descended into chaos at around 10.14am, ten minutes after it started, when a gunman with a high-powered rifle opened fire on parade-goers from a rooftop—killing at least six people and injuring 38 others. A now-deleted video, first shared on TikTok, showed hundreds of marchers, parents with strollers and children on bicycles fleeing in terror after hearing the gunshots. Blankets and chairs were also left strewn along the route as people abandoned their belongings to run for safety.

Five adults were killed on the scene while one died after being transported to the hospital, Lake County Coroner Jennifer Banek said, as noted by Insider. About 26 of those wounded, aged between eight to 85, were sent to the NorthShore University Health Centre. All but one had gunshot wounds, said the hospital’s medical director of emergency preparedness, Dr. Brigham Temple.

At a news conference, Temple mentioned that nineteen of the patients were treated and released. Among the rest, some were in critical and serious conditions while a few were transferred to nearby trauma centres.

Police claim the gunman opened fire from a nearby roof which was accessed from an “unsecured” ladder in a back alleyway. “There’s no indication he’s barricaded anywhere or has any hostages,” said Christopher Covelli, spokesperson for the Lake County Major Crime Task Force. “It does appear he was shooting from a roof. The roof he was shooting from, I have no indication of that right now.” At the time, Covelli didn’t disclose a motive for the shooting but said it “appears to be completely random.”

Following an hours-long manhunt around Highland Park, police arrested Robert “Bobby” E. Crimo III after being identified as a “person of interest.” The 22-year-old was taken into custody near Lake Forest after being stopped by a North Chicago officer who attempted to initiate a traffic spot. According to authorities, Crimo engaged the officer in a brief pursuit but was ultimately arrested without incident.

Covelli said, “Calling somebody a suspect or person of interest, it’s really synonymous… This individual is believed to have been responsible for what happened and the investigation will continue. Charges have not been approved yet at this time—and we are a long way from that.”

According to numerous profiles that allegedly belong to Crimo, he has left a long trail of tributes to mass shootings and public killings across social media platforms. As noted by NBC News, Crimo performed as a rapper who went by the name “Awake,” whose recent music videos included depictions of mass murder.

“Crimo’s most recent video posted to YouTube showed him in the aftermath of a school shooting. It ends with Crimo draping himself in an American flag,” the publication mentioned. Another video featured a cartoon animation of a stick-figure shooter resembling Crimo. Here, he was depicted lying face down on the floor in a pool of his own blood surrounded by police officers with their guns drawn.

“The YouTube account that hosted his videos, which had previously been accessible to the public, was unavailable Monday night,” NBS News added.

Crimo also had his own Discord server, where he would chat with his “fans.” The community allegedly featured a politics board filled with nihilistic memes. Here, members would often share posts that Crimo had made of himself. “One apparent selfie Crimo took in March reads: ‘Cursed image screenshot and send to everyone or commit not alive anymore’, a reference to suicide,” NBC News went on to note.

What’s worse is that after Monday’s shooting, 4chan trolls swarmed the Discord server in question—using it as a meeting point to appreciate the shooter and upload memes about the attack. Crimo also posted frequently to a message board within the community that discussed graphic depictions of murder, suicide and death. “His most recent post to that message board came last week, when he posted a video of a beheading,” the publication added.

Meanwhile, Paul A. Crimo, an uncle of the suspect, told CNN that he saw no warning signs that would prompt him to believe his nephew would have been involved in such a tragedy. “I have nothing bad to say about him,” he admitted. “He’s a quiet kid. He’s usually on his own. He’s a lonely, quiet person. He keeps everything to himself.” A. Crimo went on to mention how his nephew lives in an apartment behind the house owned by his father—adding that he last saw him on Sunday evening looking at his computer and not acting out of the ordinary.

While the city’s “Fourth Fest” has been cancelled and the public is being urged to avoid the downtown area, it should be noted that the Highland Park parade tragedy marked the eleventh mass shooting over the Fourth of July weekend alone as gun violence escalates across the US.

To name some, four people were injured in a mass shooting in Tacoma, Washington around 9pm on Sunday. Authorities also responded to another mass shooting at 11.51pm on Sunday in Manassas, Virginia, where four men were injured. Six others were wounded at around 9.30pm on Saturday in Clinton, North Carolina—including an infant and a 12-year-old. Two people died and four others were injured at 6.45pm on Saturday night in Haltom City, Texas. And in Queens, New York, one person died and three people were injured after a shooter entered a mechanic shop and opened fire at around 9.40pm.

On the other end of it all, a Twitter user posted screengrabs of automated firework animation playing over the heartbreaking news of the mass shooting after Googling ‘fourth of july’. This is the real America. 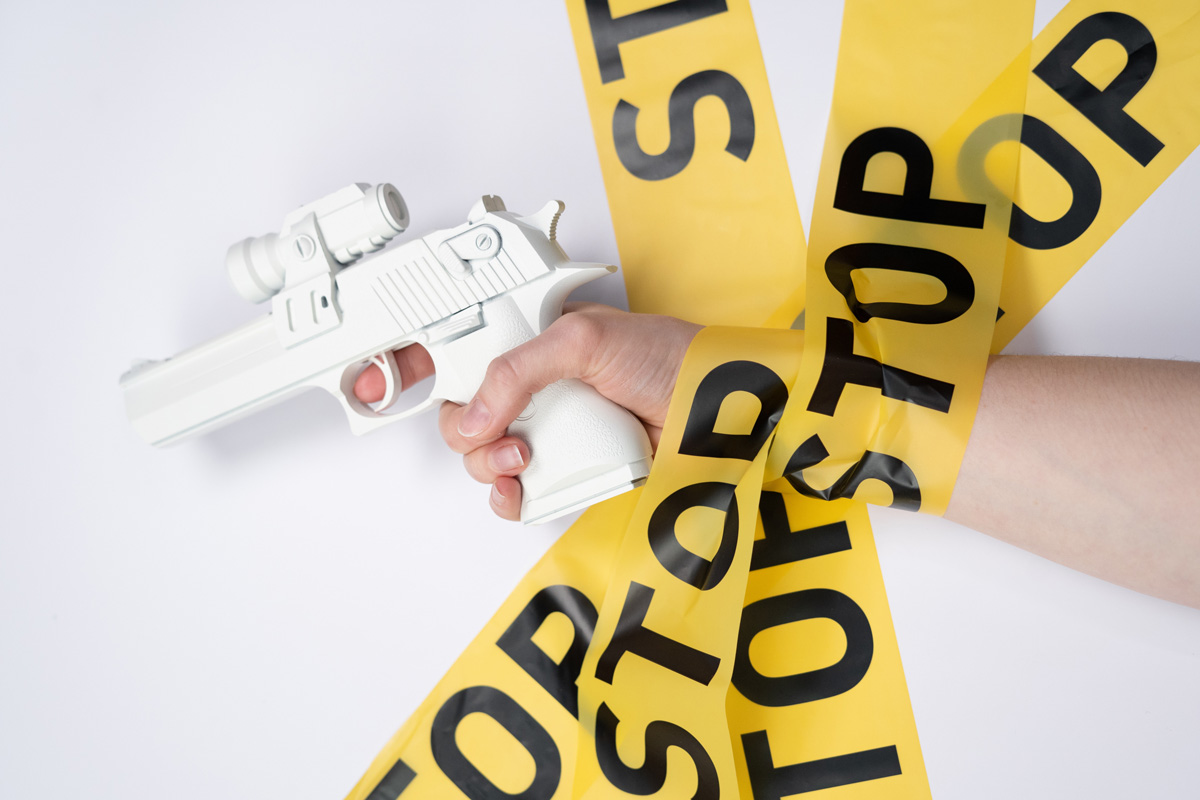