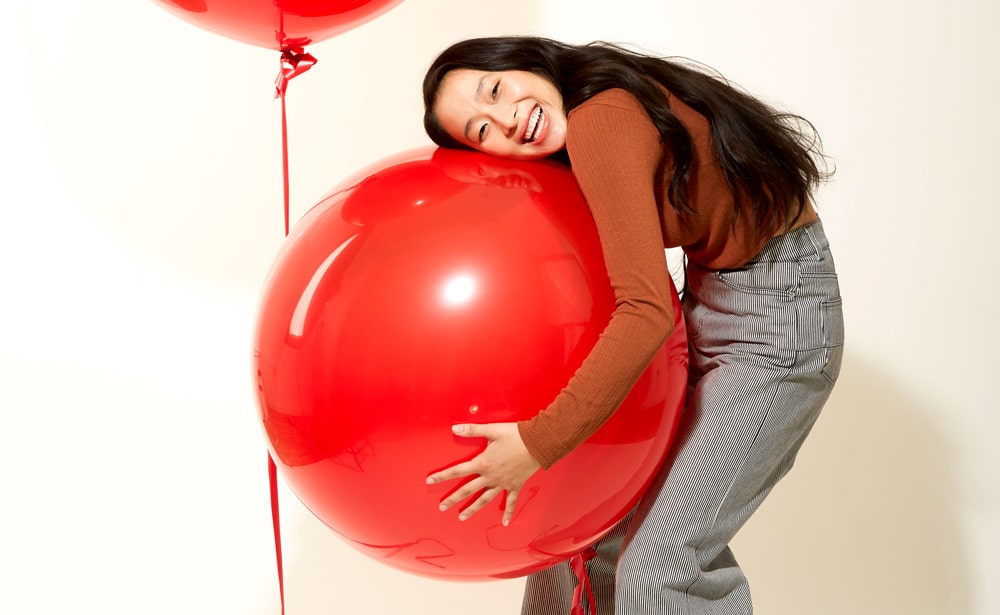 Good to Know: the PERIOD talk with Nadya Okamoto

Periods, menstruation, vagina, tampon, pad—these words have a lot in common, but, sadly, their most common denominator is the stigma and senseless shame that is still attached to them. The inability to normalise the discussion around this topic is exactly why governments are not prioritising menstrual equity policy, and are heavily taxing the already expensive sanitary products.

Unfortunately, period poverty is an issue that affects millions of people globally. In the UK alone, the average woman spends around £18,450 during her lifetime on sanitary products, tampons, pads, painkillers and underwear—understandably, that is a sum few can afford, with 27 per cent of people missing work or school due to being unable to purchase these essential sanitary products.

In the US, 35 states still have a tax on period products as they are considered ‘non-essential goods’, while products such as Viagra aren’t.

Meet Nadya Okamoto, the 21-year-old Harvard student on a leave of absence, activist, founder and executive director of PERIOD, who is fighting to put an end to period poverty as well as the stigma surrounding menstruation. PERIOD was founded in 2014, serving over 900,000 periods to date through product distribution and education, as well as having registered over 600 campus chapters in all 50 states and 30 other countries.

Nadya founded the organisation when she was 16 years old, after her family had experienced living without a home for a few months. During that time, she learnt just how much period poverty is affecting women. We spoke to Nadya about all things PERIOD, how she founded the company, as well as how to end period poverty and stigma, once and for all.

1. What is the main source of drive and inspiration behind your work and what keeps you going?

I want everyone to feel confident and capable 100 per cent of the time, regardless of a natural need. Periods are a normal biological function and there is no reason for them to be treated as dirty or shameful.

2. How did you come about forming PERIOD?

I founded PERIOD when I was 16-years-old, as a junior in high school, after my family experienced living without a home of our own for several months. During this time, on my commute to school on the public bus, I had many conversations with homeless women in much worse living situations than I was in. I was inspired to learn more about menstrual inequity and period poverty after collecting an anthology of stories of their using toilet paper, socks, brown paper grocery bags, cardboard, and more, to take care of something so natural. Via Google searches, I learned about the barrier that menstruation has for girls in school around the globe (they are the number one reason why girls miss school in developing countries), about the effects for disadvantaged menstruators here in the US, and the systemic barriers to proper menstrual health management.

It’s 2019, and yet, 35 US states still have a sales tax on period products because they are considered luxury items (unlike Rogaine and Viagra), period-related pain is a leading cause of absenteeism amongst girls in school, and periods are the number one reason why girls miss school in developing countries. Over half of our global population menstruates for an average of 40 years of their life on a monthly basis and has been doing so since the beginning of humankind. It’s about time we take action.

3. What were the greatest challenges for you to overcome, and which challenges are you still tackling?

Starting an organization focused on periods was definitely difficult. I was met with a lot of giggles and scepticism and I still am—for many people, menstruation is still a very stigmatized and uncomfortable topic to discuss. This is why education and advocacy are so important in the menstrual movement. However, at the same time, that sort of pushback was motivating for me because it showed me that we still had so much work to do, and what I was doing with wanting to destigmatize periods was needed. We have to break the stigma and teach people about why menstrual equity is so important.

4. What were some of your most memorable achievements with PERIOD?

PERIOD CON and State of the Period were both enormous successes this year and I was so proud of our team! However, right now we are gearing up for National Period Day so I am super excited about that! PERIOD CON is our global conference of the year, where we gather hundreds of our activists from around the world. It’s so energizing! There is also National Period Day—a year-long campaign to nationally elevate the issue of period poverty with clear policy demands for freely accessible period products in schools, shelters and prisons and to eliminate the tampon tax in the remaining 35 states. On October 19th, we have made history with the first NATIONAL PERIOD DAY. 60 rallies. 50 states. 4 countries. All united by the same #menstrualmovement manifesto—demanding an end to period poverty and stigma. We were trending on Twitter, had five presidential candidates publicly endorse #nationalperiodday, and engaged the largest grassroots mobilization in the history of period activism. This is the LAUNCH of something much bigger.

5. Do you think the internet and social media have a role to play in fighting period poverty?

Absolutely! Technology has enabled us to reach so many people and spread the word about period poverty on a scale that would be impossible without things like the internet and social media.