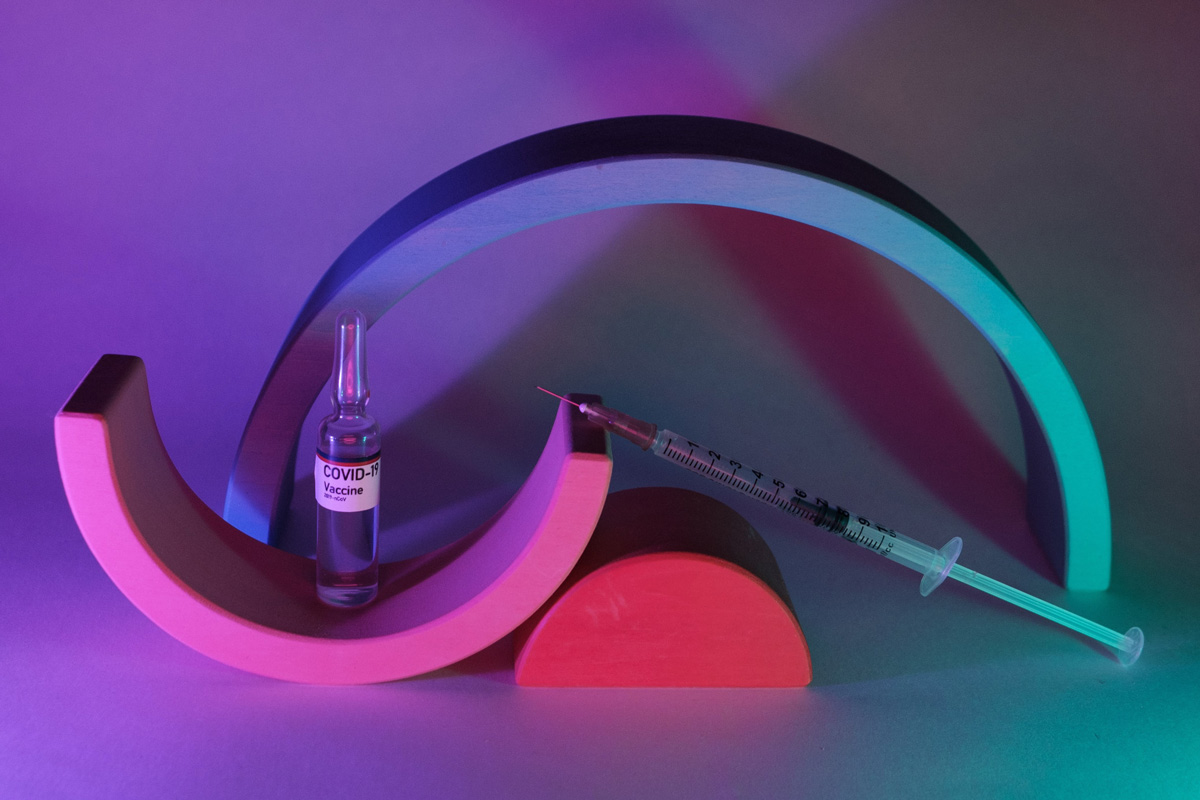 Meet Cobi, the autonomous robot administering vaccines minus the needle

According to a recent Oxford survey, trypanophobia—a condition marked by extreme fear or aversion to blood or needles—accounts for about 10 per cent of cases regarding COVID-19 vaccine hesitancy. Surveying 15,014 participants, the study added how such reluctance tends to be higher among the youth and certain ethnic minority groups. The KFF COVID-19 Vaccine Monitor, an ongoing research project tracking the public’s attitudes and experiences with vaccinations, also noted that an estimated 63 per cent of children are afraid of needles, thereby triggering hesitancy in their parents.

“Addressing such fears will likely improve the effectiveness of vaccination programmes,” the Oxford study highlighted. With companies like Pfizer currently working on antiviral pills proven to reduce the risk of COVID-19 hospitalisation or death by 89 per cent, a new piece of technology is in the talks. Introducing Cobi, an autonomous robot that could help make vaccination less intimidating for those squeamish around needles.

Developed by Cobionix, a company founded at the University of Waterloo’s flagship incubator, Cobi is a versatile robotics platform that can be deployed to complete tasks without the need for human intervention and supervision. Outfitted with a needle-free injection technique, it is also claimed to be the first robot capable of performing intramuscular injections.

The innovation works something like this: after pre-registering for a vaccination online, patients will show up at a clinic or practitioner utilising a Cobi robot. As they inch closer to the droid, multiple 3D depth sensors detect the patient’s presence before they’re asked to display identification documents to a camera on the unit’s touchscreen interface. Once their IDs are verified, the robotic arm retrieves a vial of vaccine from a built-in storage. A LiDAR sensor on the hand of the robotic arm is then used to create a 3D map of the patient’s body—which is analysed to determine the optimal injection site.

Here, Cobi will also provide instructions to help patients prepare for the injection, including tips on where to stand and whether they need to remove any clothing for the procedure. Utilising a third-party needle-less technology, the vaccine’s contents are subsequently injected deep into arm tissue with a high-pressure jet of fluid. “The jet is no larger than a human hair, so it shouldn’t be intimidating or leave any noticeable marks on the patient,” noted Boy Genius Report.

From delivering zero-emission meals to harvesting fruits of the future, autonomous robots are undoubtedly on the rise. Sporting a list of advantages within the healthcare sector, Cobi is currently being pushed to the forefront as the future of healthcare, cleantech and hospitality. “Autonomous solutions such as Cobi could protect healthcare workers, reduce healthcare costs, and improve patient outcomes,” said Nima Zamani, co-founder and CTO of Cobionix in a press release. According to Zamani, the autonomous nature of the droid also reduces the infrastructure requirements of vaccine clinics—which could help reach populations in remote areas with limited access to medical care. Apart from doubling up as an efficient way to tackle the labour crisis in healthcare, Cobi also opens the entire possibility of vaccinating people with zero human interactions.

The bot’s skills aren’t limited to healthcare either. Typically, autonomous robots are purpose-built which, in the long run, can be more affordable than a human employee while taking over tasks that are potentially dangerous for them to perform. However, the initial costs for such innovations are extravagant, making it unfit for small businesses that can’t afford the upfront costs. “Cobi, by comparison, is designed and built with extreme flexibility in mind, and simply needs software updates and minor re-tooling to change jobs,” writes Gizmodo, adding how this allows the robot to be built en masse, which ultimately helps reduce its price tag.

With small tweaks and a few coding changes, Cobi can therefore become an entirely new robot—capable of performing a completely new set of tasks. “Initially, we are targeting applications in healthcare, cleantech and hospitality for two reasons,” said Tim Lasswell, CEO of Cobionix in the press release. “Firstly, all of these industries suffer from labour shortages and low efficiency and secondly, because our founding team has a significant amount of experience in these industries.”

According to the Canadian startup, a lot of variables have to be taken into account before introducing Cobi to the healthcare sector. Although a rough estimate of two years is being speculated, the very news of the bot comes at a time where hypnosis is being considered as a factor to help children overcome their fear of needles and COVID-19 vaccinations are being switched out with saline and air injections. Don’t even get me started on those healthcare workers bragging about forging vaccination cards and criminally aiding hesitancy on the way. 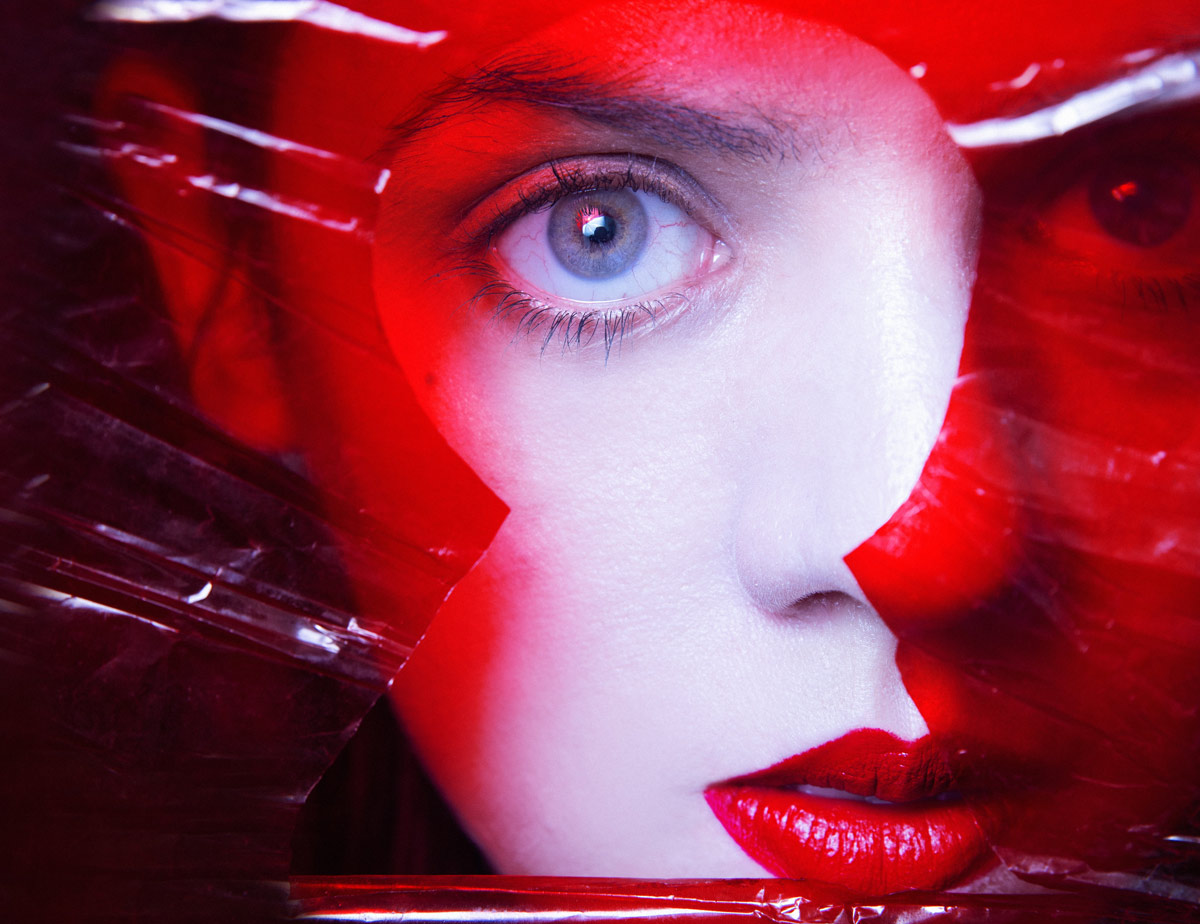 If you’ve ever gotten Botox, especially recently, you might want to hear about this fairly new announcement before considering getting your COVID-19 vaccine—and if you’re one of the lucky few who’ve already received their first jab, please just ignore me before you start worrying over something that, hopefully, isn’t likely to happen to you. The US Food and Drug Administration (FDA) has recently said that people who get “a certain procedure should be aware they could have some unwanted side-effects with a COVID-19 vaccine.” This “certain procedure” includes dermal fillers, mostly known as Botox.

There have been reports of people with Botox experiencing facial or lip swelling after receiving the Moderna vaccine. At a meeting of the advisory panel—known as the Vaccines and Related Biological Products Advisory Committee (VRBPAC)—FDA medical officer Rachel Zhang reported that two people developed facial swelling after vaccination during Moderna’s phase 3 trial.

One person, a 46-year-old female, had dermal fillers injected about six months before getting the vaccine. The other, a 51-year-old female, had undergone the same procedure only two weeks before vaccination. A third person who took part in the Moderna trial developed lip angioedema (swelling) about two days after vaccination. Zhang said the person had received prior dermal filler injections in the lips, and had reported a “similar reaction after a previous influenza vaccine.”

During that same meeting, the FDA included the facial swelling in the “Related Serious Adverse Event” category. “This is a very rare side effect, and it’s very treatable with antihistamines and prednisone (a type of steroid),” board-certified dermatologist Debra Jaliman, MD, told Health.

In fact, in all three cases mentioned above, the swelling was localised and either resolved itself without intervention or after simple treatment. So no need to freak out about your lips exploding while you’re trying to get a cute vaxxie.

Although we don’t know the exact mechanism causing this response, doctors believe it is an inflammatory reaction—duh. “A filler is a foreign body and when your immune system is switching on due to the vaccine it would make sense that areas that have foreign bodies that aren’t normally in your body would also have inflammation—this is because your immune system is designed to counteract any foreign substance,” Doctor Purvi Parikh, an allergist and immunologist at NYU Langone Health, told Health.

And in case you thought you weren’t concerned by this because you’ll never receive the Moderna COVID-19 vaccine… I’ve got some mixed news for you. “Viruses like the common cold, influenza, etc., are known to trigger swelling—again, this is because your immune system is being activated,” Doctor Parikh explained. “And if you are allergic to a medication, this may trigger a similar response in your fillers.” In other words, the same allergic reaction could happen with many different types of vaccine and even medication.

That being said, it doesn’t appear to have been reported with the Pfizer vaccine, and it’s not clear why, because the two vaccines are almost identical. All in all, the benefits of the vaccine, and therefore avoiding the disease, far outweigh anything that has to do with a cosmetic procedure. Swelling in people with fillers isn’t abnormal—filler is a foreign substance, which explains why your body might be extra vigilant against it after receiving a dose of the vaccine.

For the most part, over-the-counter medication should get you through any kind of discomfort, but do contact your doctor if it gets worse.