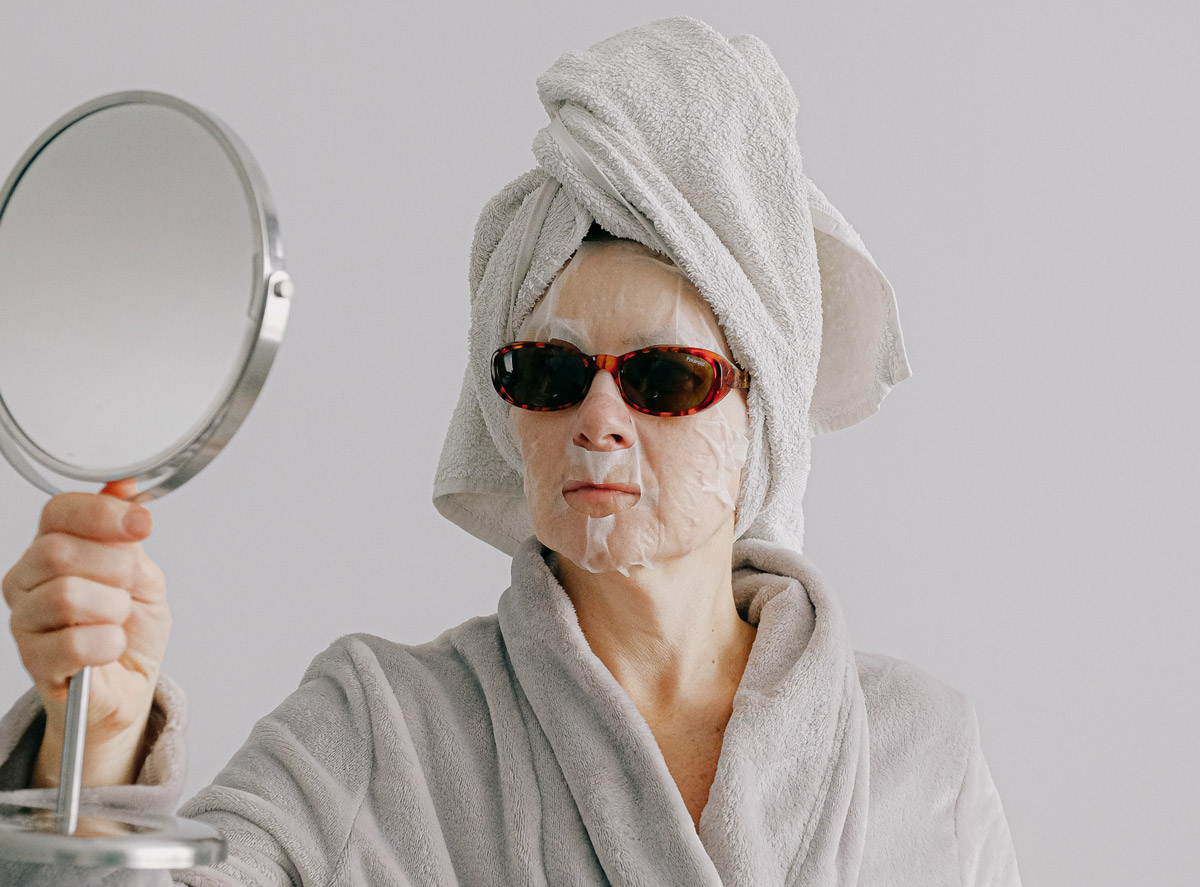 Conspiracy theorists have reportedly found new ways to spread their false rumours—and make serious money while doing so. Instagram user and proud conspiracy theorist Steven Baker has, for a while now, been telling his followers that the coronavirus vaccine will change their DNA and possibly kill them. What does the anti-masker recommend they do instead? Spray themselves using a small bottle of “colloidal silver.” As it would happen, his website conveniently sells it.

According to the Bureau of Investigative Journalism, Baker has been riding off the back of already popular conspiracy theories such as the one promoted by anti-vaxxers to make a profit off them. “Real immunity happens when you get an infection, not when you get a shot that changes your cellular makeup and creates what you call a spike protein, therefore forever changing your DNA and your cells and making you more likely to have an autoimmune disease… Listen, here’s the thing I couldn’t say a year ago: the vaccine kills people,” states the man in one of his many Instagram videos.

Alongside this video, which was posted last month, is a marketing pitch, a promo code for his website, which sells “health supplements,” and a disclaimer: “Dr Baker takes the same supplements that he is telling you about. Yes, Dr Baker does make money when you buy these supplements, this is not a charity. The money goes to help Dr Baker keep doing online videos to wake you up.”

Although most people might think that they would never be swayed by a charlatan like Baker, many seem to have thought his claims true after he posted a previous post about where he gets all this (false) knowledge, “Dr Baker is a chiropractor. This means he knows more than medical doctors about helping people to actually heal. This video is not intended to give medical advice, treat, or diagnose.”

Right, next time I attend my monthly spine adjustment, I’ll make sure to interrogate my own chiropractor on why he didn’t feel the need to share his magical remedies with me.

Baker is behind one of more than 100 other Instagram accounts that were identified by the Bureau of Investigative Journalism as using the platform to seek to make money as a consequence of spreading misinformation about COVID-19 and vaccines.

In total, the accounts reach almost 6 million people and promote a combination of false claims, some of which can potentially be dangerous, as well as products, from health supplements to wellness courses and juicers.

Although Instagram (along with other major social media platforms such as Facebook and Twitter) have previously claimed they will be enforcing further restrictions and actions against health misinformation, Baker’s channels are consistently growing. “Over the first three months of this year, the accounts gained almost a million followers between them, according to data from Facebook-owned service CrowdTangle,” the Bureau of Investigative Journalism reports.

This means that the publication’s investigation reveals how Facebook, which owns Instagram, continues to be in breach of a commitment to the UK government that was made last November, agreeing that no one should profit from coronavirus vaccine misinformation online.

The Bureau previously found hundreds of pages on Facebook itself using monetisation tools to profit from false claims about COVID-19 and vaccines. “The Instagram accounts, many of which have received multiple flags from fact-checkers, are still posting two months after Facebook announced its latest tightening of rules.”

The accounts tracked by the Bureau include a group of Instagrammers who, in January, turned themselves into a formal network called the Health Freedom for Humanity (HFFH). The group’s founders, board and committee members are some of the loudest voices spreading COVID-19 misinformation online. Many are also making money out of it.

Alec Zeck, the group’s executive director and co-founder, has over 85,000 followers on Instagram. While also here to help promote HFFH, his page also points to his Linktree, which directs users to products that are for sale, such as bottles of a spray that claims to cleanse the body and brain of heavy metals for $95 a pop—whatever that means.

Meanwhile Thomas Cowan, who you might know of for his false claim that COVID-19 is caused by 5G mobile signals, has directed visitors to several money-making ventures hosted on his own website, including “Marine Plasma Drinkable Sea Water” for $49.95 per bottle.

It should be noted that, while neither Facebook or Instagram profit directly from these fraudulent schemes, the company’s business model relies on keeping audiences engaged—and you’ll rarely come across a more engaged audience than conspiracy theorists.

These same platforms, along with YouTube and forums like 4chan, have regularly been criticised over systems designed to increase engagement drawing users towards extremist or conspiracist content and views. We saw this happen on YouTube with the Frazzledrip conspiracy theory.

As a result, many still believe that those companies are doing “the absolute minimum they believe they can get away with,” as Lord Puttnam, who heads the Lords committee on democracy and digital technology told the Bureau.

Why don’t they fix it, you might ask? The answer is a little less simple, because the problem is what makes these platforms’ business model so successful in the first place. To stop the rapid spread of misinformation, they would first need to alter their business model, and if they do that, they will be less profitable. 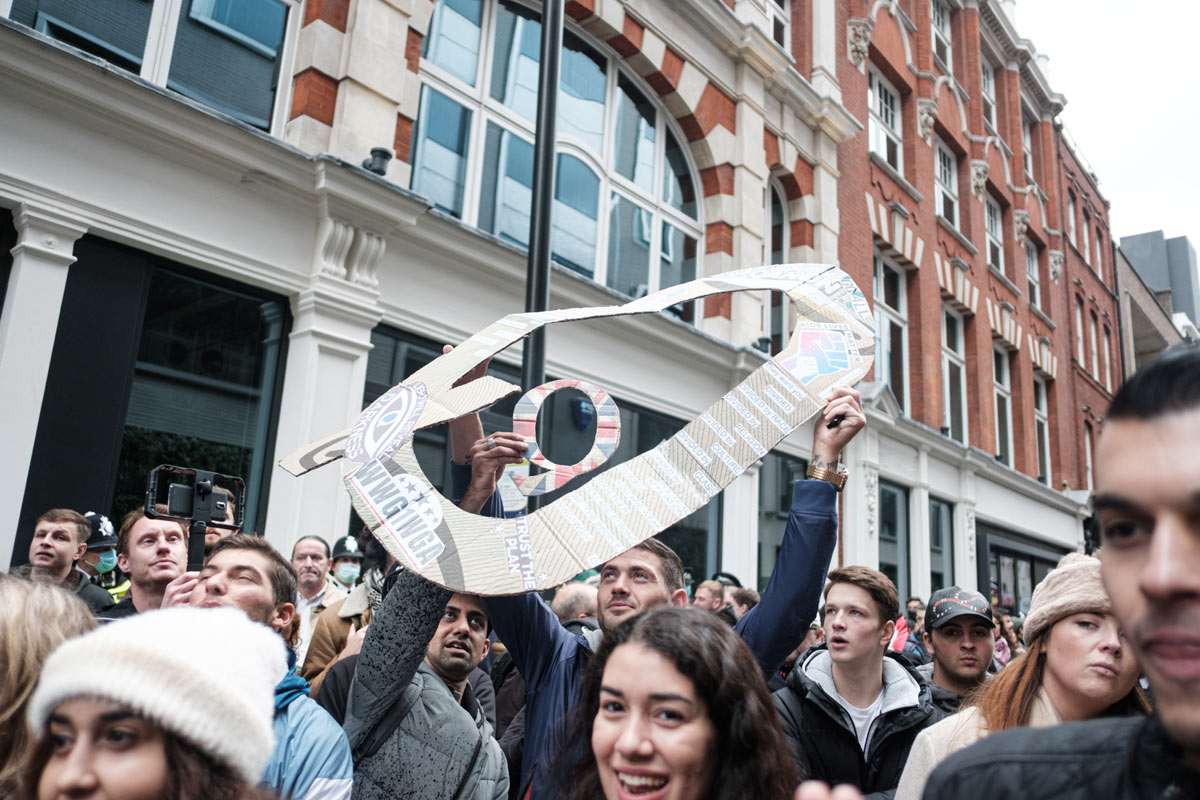