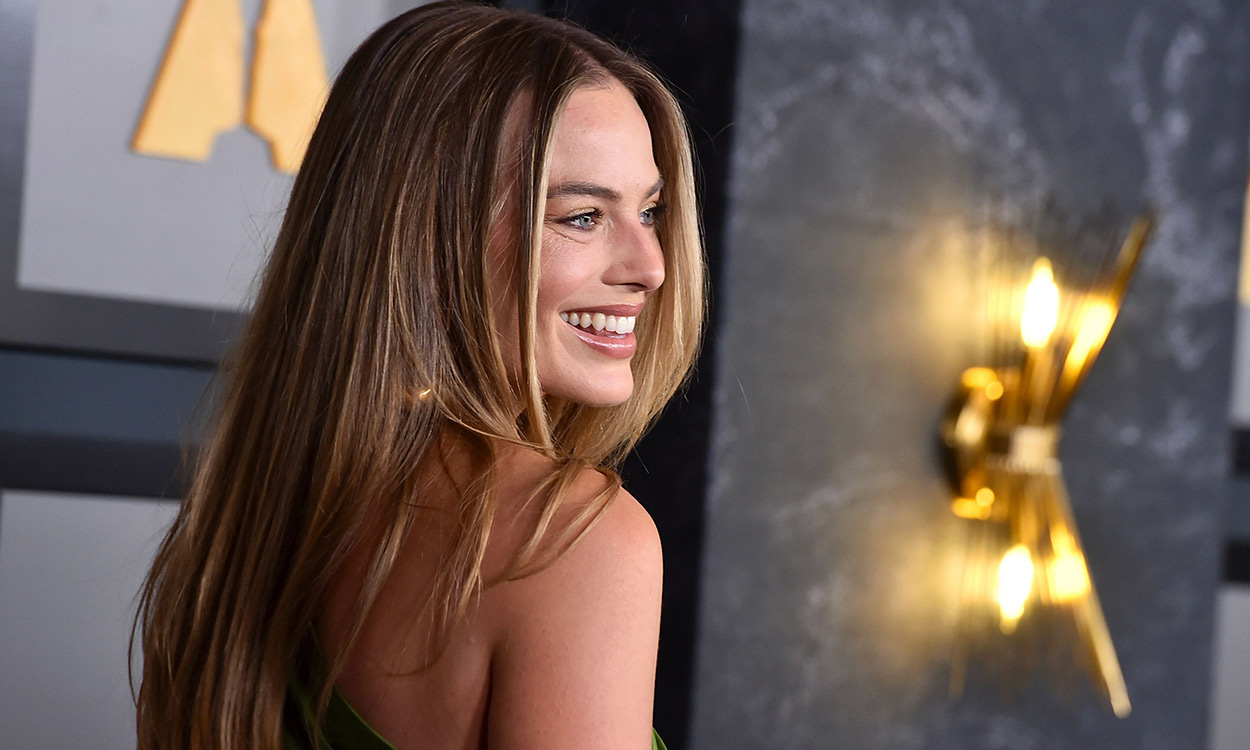 It’s official—Margot Robbie has been unshackled from her Chanel contract and the internet is going feral with excitement. The Suicide Squad actress has ditched the bizarrely tailored jumpsuits, burned the stiff-looking mini shorts which should’ve been left in the 2000s, and is now leaping towards a far more modern and youthful red carpet look. Following her departure from the French fashion house, netizens everywhere are wondering what’s next for Hollywood’s favourite Aussie it girl.

Celebrity fashion is a perpetual staple in mainstream media. Whether it be tabloids, magazines, online publications or opinions shared on TikTok—it’s a constant cycle that we all pretend to not care about but secretly obsess over. And in the case of Robbie, the second she stepped in front of the cameras at the 2022 Governor Awards in Los Angeles on 19 November in a floor length olive green Bottega Veneta gown, the internet fully lost it.

Since 2018, after signing on to become an ambassador for the brand, Robbie has exclusively worn Chanel looks on the red carpet. While a number of publications, notably Vogue, deemed the actress a “mesmerising 21st century Chanel muse,” others found the luxury fashion house’s vision to be rather restrictive and unreflective of Robbie’s magnetism and personality. In layman’s terms, the partnership made Robbie look a tad boring.

While the iconic brand has served a number of celebrities very well (Penélope Cruz, Keira Knightley, and Lily-Rose Depp, to name a few) there was a resounding feeling among fans that Chanel’s style didn’t quite fit the aura and vibe of everyone’s much-anticipated Barbie girl.

Strangely enough, you don’t have to look very hard to find other celebrities who’ve been unfortunately burnt by the Chanel brush over the years. When Kristen Stewart, the brand’s newly appointed muse for 2023, took to the 2022 Oscars red carpet in those shorts—c’mon we all remember them—Twilight stans swarmed TikTok begging the actress to reconsider her choices.

As resident fashion analyst and TikToker @oldloserinbrooklyn tells us, Stewart has been attached to the Chanel label since 2013—in fact, she was hand-selected by the late creative director Karl Lagerfeld as one of the recognisable faces of the brand before he passed in 2019. As the creator further explains, Chanel’s two-silhouette approach when it comes to Stewart’s red carpet outfits has massively restricted the actress from serving us killer looks.

But back to the Australian actress. Robbie’s stylist for the evening, Kate Young, shared images of the 32-year-old’s look at the Governor Awards and fans flooded Instagram to show their appreciation for the recent style overhaul. One user commented: “Never ever stop dressing her in Bottega!” While another fan of The Wolf of Wall Street star wrote, “Margot Robbie being a Bottega girl makes so much sense.”

TikTok also hosted a fair few videos from netizens praising Robbie’s fashion turnaround. In one video, which at the time of writing has amassed over 135,000 views, images were showcased from the past week where Robbie stepped out in three different equally iconic Bottega Veneta looks.

One fan commented, “the Chanel curse has been broken!” while another chimed in, “her new era is stunning!” Now it seems gen Zers and millennials are collectively speculating if Robbie will dedicate her allegiance to the considerably cooler Italian brand.

Much of Bottega’s revival is accredited to Daniel Lee, creative director from 2018 to 2021, and Matthieu Blazy, the current director. Both men are far younger than Chanel’s presiding executive team and have brought a breath of fresh air to the brand—cementing Bottega Veneta as a favourite among celebrities and fashion insiders alike. 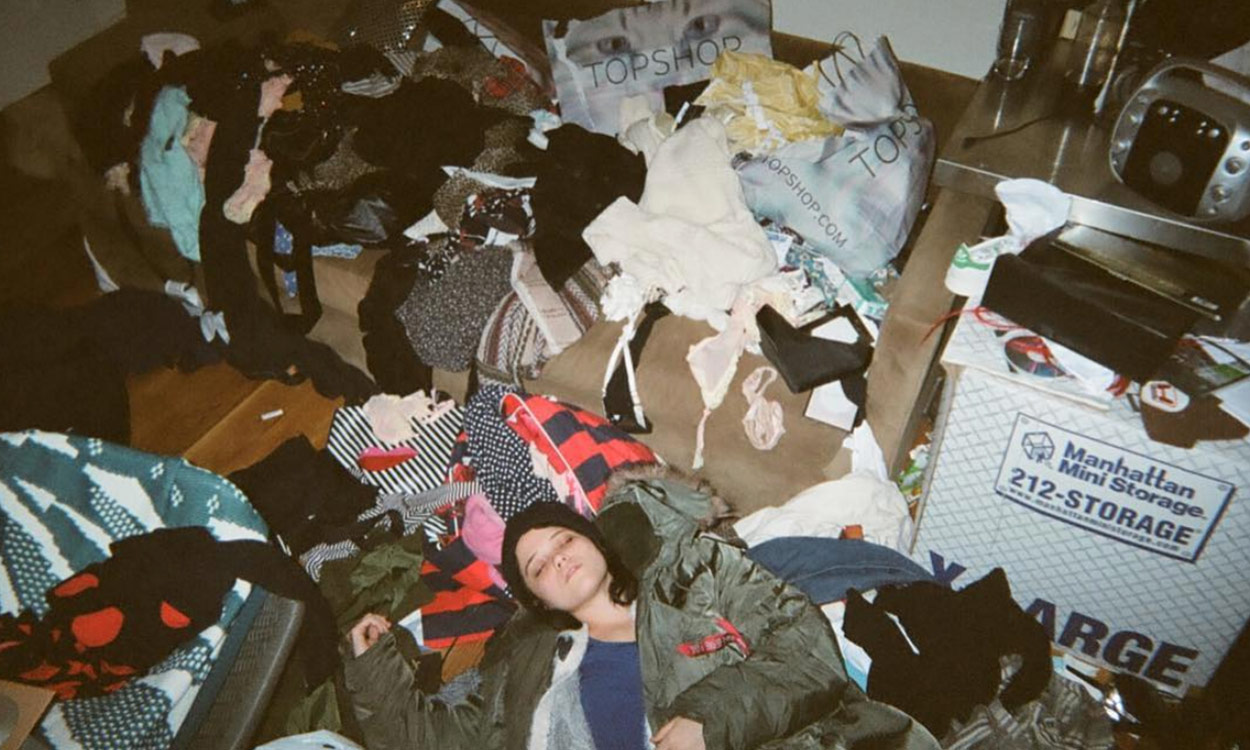 Out with the ‘core’, in with the ‘sleaze’: the psychology behind the resurgence of indie sleaze

It’s out with the ‘core’ and in with the ‘sleaze’. We’re witnessing a TikTok tidal wave, where explosive fashion trends such clowncore and princesscore are already fading into the abyss, overshadowed by a much punkier, and shall we say, cool but effortless look: indie sleaze. Characterised by its participants as grunge aesthetic meets naughties glam, this new subculture is dominating netizens’ screens, and we’re here for it.

What is indie sleaze?

Carlovich perceives this reemerging subculture as “controlled rebellion” and describes it as “meticulously degraded and cool in just the right measure.” Like so many of our favourite fashion trends, indie sleaze was born in the late noughties.

Going into further detail, she explained: “It was an aesthetic popularised mostly around the 2010s by millennials and brings together the main elements of hipster culture like indie bands, lots of grunge and punk references mixed with glam, bubble gum pop. The party candids, the American Apparel ad photography, the adoration of anything vintage, the underground, and so on.”

“Aesthetically, a lot of people see indie sleaze as a response to the 2009 recession, much guided by the deterioration of capitalism as viewed by the millennial teenagers who strived to have the purchasing power to identify with advertisements, but at the same time did not have any capital to do so,” she continued.

Ultimately, indie sleaze represents a rejection of hyper-femininity and instead opts for something that, while it may appear effortless, is, in reality, a detailed recreation of what we’d imagine a young millennial would wear to The 1975’s concert in 2014.

Of course, there are a number of variations of this aesthetic to play around with. For starters, there’s mermaid sleaze—a seaweed-entangled fantasy, most likely taking inspiration from the likes of Ursula and The Little Mermaid Disney film due to hit screens in 2023.

However, if you are ever confused about how to nail this fashion statement in question, look no further than the iconic Instagram account, @indiesleaze. From grunge dudes to seemingly nonchalant chicks, this page exemplifies everything the aesthetic stands for. Naturally, Alexa Chung is the primary inspiration, leader, saviour and godmother.

Why has ‘sleaze’ taken over ‘core’ aesthetics?

There has been an obvious shift among popular fashion TikTokers who are often now choosing to pick elements from the slightly more laid-back and effortlessly cool energy of sleaze, over the inherently preppy and potentially-rigid aspects of a number of core aesthetics.

On 14 October, the Digital Fairy—resident trend forecasters and marketing agency—posted a video letting netizens know that the masses were ditching their tutus for ripped tights and oversized tees.

Eager to learn more about the growing popularity, SCREENSHOT reached out to the Digi Fairy to gain some more insider perspective into why it believes this naughties revival is upon us. Culture specialist Rukiat Ashawe explained: “The trend cycle is impacted by cultural shifts in conjunction with the fast-paced nature of the internet.”

“Trends are circulating faster and wider as a result of fashion’s quickened dispersion via social media. Back in the day, it could take a trend that started in New York one year or more to reach the UK, but now a viral trend can cause an aesthetic to show up across different places across the world simultaneously,” she continued.

Confusingly enough, creative agencies and trend experts alike are slightly unsure as to why we’ve reached the naughties renaissance quite so quickly. Carlovich considered this in our chat and stipulated that indie sleaze is crawling its way back into our lives much earlier than initially predicted by fashion analysts.

“In fashion and beauty, there’s always a resurgence of past trends, usually recurring every 20 years or so. After we’ve seen the 90s and Y2K come back, it was evident that eventually, the 2010s aesthetic would follow right after. What’s interesting, though, is that we seem to be ten years too early, considering we’re only in 2022. Some people are arguing the reason for that is the fast-paced trend cycle induced by heavy social media usage added to, of course, TikTok’s impact on the music industry,” the creator noted.

Maybe another contributing factor to its online popularity is the fact that sleaze aesthetics inherently have a way of taking us down memory lane. Unlike many of the core looks which spawn online and come from in-the-moment, fresh ideas, sleaze has direct roots in nostalgia—it reminds us of all things Tumblr, alternative, darker, and moody. It harks back to a time when Meta didn’t exist, and the only AI we knew of came out of a Will Smith movie.

We all know the rapid speed in which trends appear and purge online. One minute, Elon Musk is getting slated for his perpetual pettiness, and the next, Jimmy Fallon has passed—it’s all very difficult to keep track of. Nevertheless, sleaze seems as though it’s here to stay.

Gen Zers are at the helm of sleaze aesthetics

From what we can see, gen Z is running the show when it comes to these burgeoning subcultures. Ashawe delved into why this might be: “Gen Z is looking at the hipster movement, Tumblr culture, and all those behaviours and aesthetics and is identifying with the feeling those millennial teenagers shared before them—of wanting to let go and create an effortlessly cool and unique image for themselves; of wanting to find an identity in their likings—a band, a show, their own personal style—of wanting to belong, in spite of what’s going on in the world.”

It’s true, while generation Alpha may reflect the future, gen Z reminds us of the recent past and the subsequent geopolitical, humanitarian, and climate crises we’ve faced over the past two decades. Young people often turn to creative expressions such as fashion to find comfort when they feel overwhelmed or distressed by the environment surrounding them.

At the end of 2021, trend forecaster and analyst Mandy Lee, known online as @oldloserinbrooklyn, posted a TikTok declaring indie sleaze as the aesthetic of 2022. Her reasoning? The fact that, after the COVID-19 pandemic, people were craving creative expression and community.

The creator stated: “I feel like with the indie sleaze subculture, 15 years ago, community, art, and music were so powerful—that’s what brought people together. I think that specific elements, more so than the fashion, will become prevalent, as well as the style of photography, of course.”

What we want to avoid however, is indie sleaze becoming subverted online alongside the recent resurgence of heroin chic—a highly toxic trend which, during the 90s and early 2000s, celebrated extreme weight loss and fetishised eating disorders. With this current topic of conversation circulating online, concerns have begun to grow that soon, we’ll once again be fed videos and images on our social media pages promising ‘thinspiration’, while fashion brands reject body inclusivity in favour of what they consider to be a ‘model’ size.

Speaking with VICE about the rise of sleaze trends, Lee went on to clarify that these cyclical fashion aesthetics aren’t always an exact science. “It’s also worth mentioning that a prediction is just that: a prediction. You wait to see how and when and if it manifests. I think it’s ridiculous to think that a trend will copy and paste itself exactly,” she shared.

So, there we have it. Unlike Y2K which evokes a far more colourful, happier, and brighter emotion, indie sleaze is repping it for all of those who might be yearning to unleash their inner rebel—and with the current state of the world, we don’t really blame them.