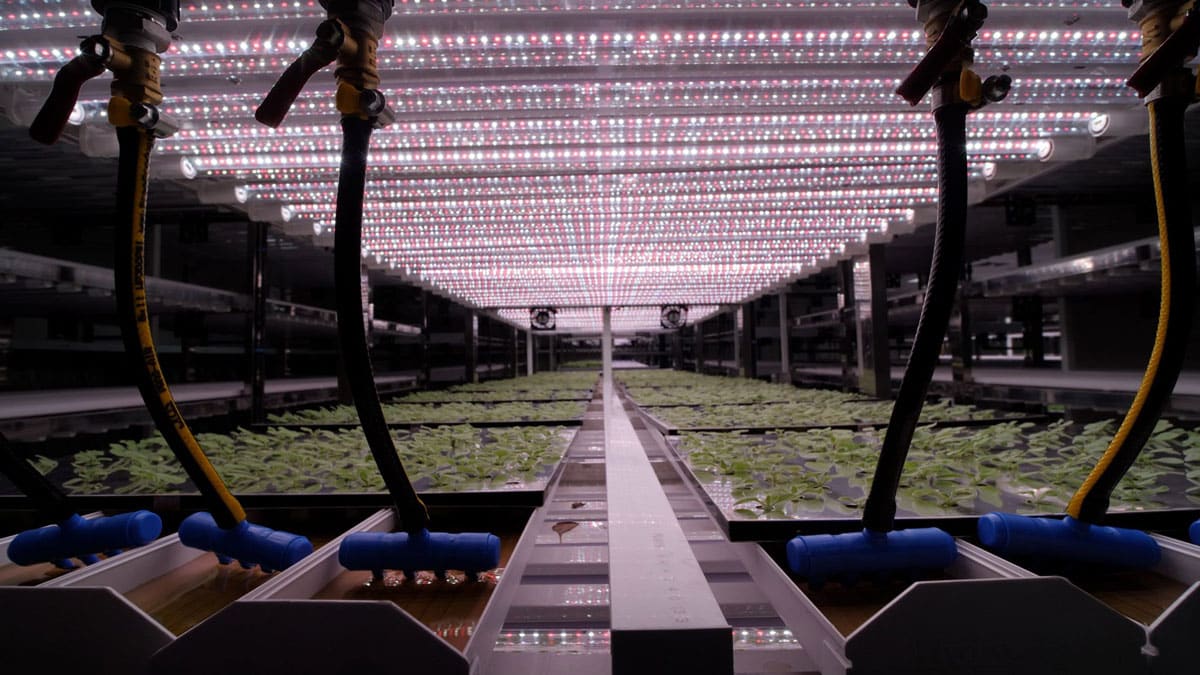 Last week, a peer-reviewed study by researchers at the Oregon State University suggested how a non-psychoactive compound found in live cannabis plants could block the cellular entry of COVID-19 in healthy human bodies. Although the compounds studied in the research were not the ones most weed users seek in dispensaries, the internet was quick to get their stoner hopes high—by stating “weed stops Covid” and, if so, “I am probably a vaccine by now.”

Now, the latest news citing the role of stimulant drugs in the fight against COVID-19 involves Baiya Phytopharm, a Thailand-based startup—founded by Doctor Suthira Taychakhoonavudh and Doctor Waranyoo Phoolcharoen in 2018—committed to developing the country’s first plant-based vaccine using tobacco leaves. More specifically, the Australian variety of tobacco with low levels of nicotine which differs from the kind used in traditional cigarettes.

Here, the harvested leaves are essentially used as a host to produce proteins that mimic the COVID-19 virus. They are then blended before the extraction of the protein. The resulting vaccine, when injected into humans, will stimulate antibodies that are used to fight against the real virus in the future.

But why tobacco? For starters, the plant can be grown almost anywhere in the world at low cost. According to the team, this benefit particularly extends to low-income countries. “COVID-19 is not going to be the last one, right? You’re going to have so many emerging diseases, and if we can develop the vaccine ourselves, then we don’t have to rely on vaccines from other countries,” Doctor Phoolcharoen explained to Sky News. This could also result in Thailand shifting from a vaccine importer to a vaccine maker.

Its lightning-fast speed of growth is the second factor cited for its vaccine development use, as the researchers noted that the Australian variety of tobacco can be turned from a seed into a full-fledged vaccine within a month. The technology is also highly adaptable to suit this choice—with the added benefit of tackling variants. “It takes only ten days for us to produce a prototype and… no more than three weeks to test whether that prototype works or not,” Doctor Taychakhoonavudh said. “For example, we are already working on the Omicron strains. We have the prototype and we’re testing it right now.”

Although Baiya Phytopharm completed its first phase of human trials in December 2021, the plant-based vaccine is only forecasted to be cleared for usage in late 2022. With phase two and three of the trials scheduled in February and June respectively, the company hopes to submit data to the Thai Food and Drug Administration for approval by the third or fourth quarter of the year.

Sure, there are numerous vaccines already rolling out and perhaps most of the population might be fully vaccinated by then, but the developers still believe it’s important to continue the project for future health concerns which are bound to arise. “So far, what we know is that all the volunteers are safe. And looking at the safety profile, we are very happy with it,” Doctor Taychakhoonavudh said in an interview with CNBC.

She also outlined how it’s too early to ascertain the efficacy rate of the vaccine. However, CNBC acknowledged the company’s goals to use available vaccines as a benchmark. If approved, the Thailand-based startup also intends to use its facility at Chulalongkorn University to produce 60 million doses of vaccines per year. Once perfected, the versatility of the technology would be leveraged to develop treatments for other concerns.

“We can use it to produce anti-cancer, anti-rabies, anti-venoms and those we will focus on more, for example, tropical diseases that normally multinational pharmaceutical companies might not be interested in,” Doctor Taychakhoonavudh concluded.

Although Baiya Phytopharm is, at its core, a startup, it has not recorded any revenue to date. This is because the company currently seeks to build a credible research industry in Thailand that will attract talents from the next generation, rather than functioning with profit at the forefront. Addressing global vaccine gaps is also on its agenda—translating the effort into a coveted sign that the Global South is finally taking control. 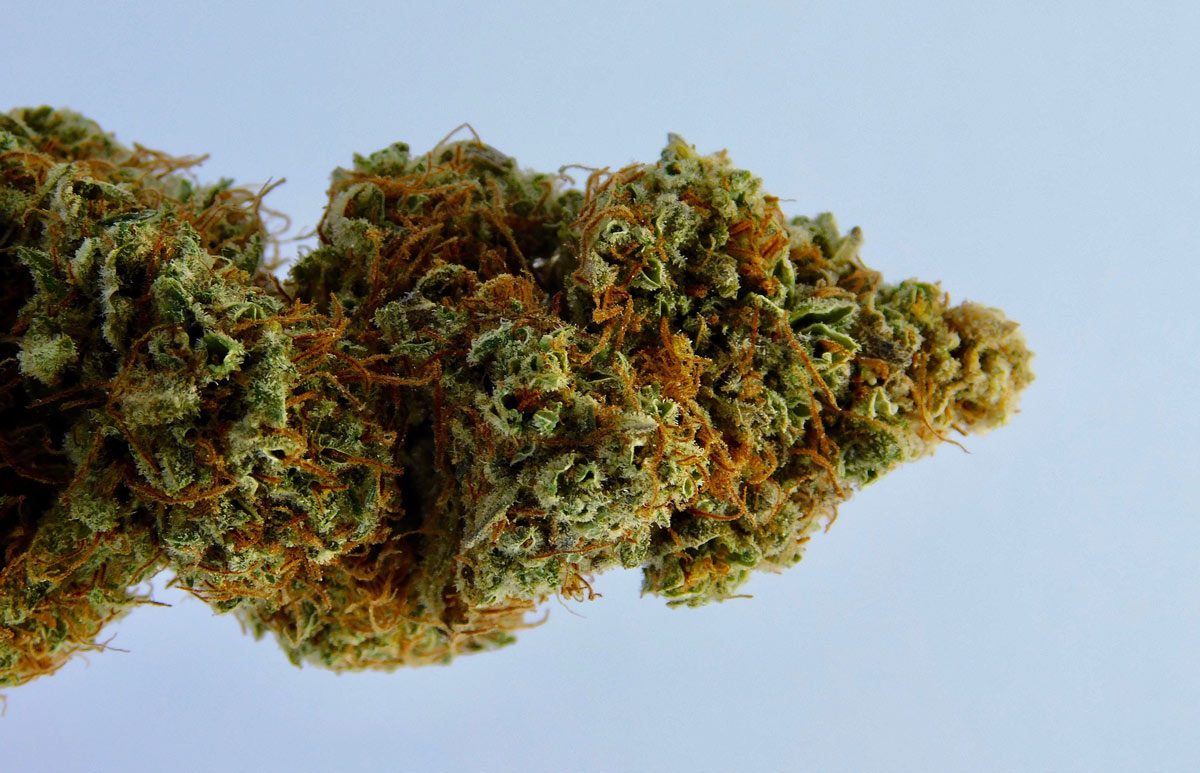 Let’s talk economics—I know it’s dry, so I’ll try to keep it short and sweet. Not to state the obvious but a large proportion of the Earth has been hit hard economically by the COVID-19 pandemic—the UK is no exception. The magnitude of the latest recession caused by the pandemic in the country is unprecedented in modern times. The UK saw a gross domestic product (GDP) decline of 9.8 per cent in 2020, the steepest drop since consistency records began in 1948. And going off estimates, some predict it was the hardest blow to GDP in over 300 years. This hasn’t been made easier by the pandemics’ timely appearance smack-bang in the middle of the country’s messy divorce we call Brexit, but let’s try and forget about that for now…

Such a knockback has led the Treasury desperate for new growth in industries, in a bid to kickstart post-COVID recovery and get this increasingly insular island back on its feet. And one of the few striving industries is the legal cannabis medicines and CBD wellness industry. It’s a relatively new sector already worth hundreds of millions of pounds, and, if the government plays its cards right, the UK could be the next big player in the field.

The CBD and medical cannabis market

It’s no surprise that the CBD and medical cannabis market has the potential to bring in a lot of green—and when I say green, I mean cash. The CBD market alone is currently worth around 300 million pounds a year, according to Savills, with experts predicting this could rise to a whopping 1 billion pounds a year by 2025. Likewise, the medicinal cannabis market in the UK is expected to rise to the 1 billion pounds a year mark even earlier, by the year 2024. These figures, as well as the rising recognition that medicinal cannabis and CBD bring legitimate value to patients, is what has led the sector out of the weeds and into the mainstream.

The UK could be the next big player

The numbers speak for themselves. But if you’re still not entirely convinced, a new report by the cannabis entrepreneur network First Wednesday, released this week, revealed that the UK is now “Europe’s most active market for investment deals into cannabis start-ups, making up more than half of all-time investment volume in the sector.”

Moreover, the industries have recently been listed for the first time on the London Stock Exchange, a significant moment in which Anthony Lehane from Volteface, a third sector organisation that seeks to reduce the harm drugs cause to society and individuals, believes the push for legitimacy includes CBD and medicinal weed needs. “Now that the level of credibility is boosted in medical cannabis companies, it brought a lot of foreign public investment into the UK,” he told Screen Shot.

Instead of “large legislative reform,” Lehane is pushing for the government to “relax certain areas and encourage investment through very small hurdles” in order to bring the country ahead of the curb compared to its competitors (in particular across the English Channel). He continued, “For example, the farmers aren’t allowed to extract CBD in the United Kingdom, which is completely redundant. You can grow hemp but you then have to burn it—it makes no sense whatsoever.”

And it’s clear the UK has already started to act in order to reap the rewards of the successful medicinal cannabis and CBD market. The Taskforce for Innovation, Growth and Regulatory Reform (TIGGR), recently recommended a set of simple measures that would encourage investment, boost growth and ultimately manufacture taxable income.

One such recommendation called for over-the-counter CBD and pharmaceutical cannabinoid research markets to be moved from the Home Office and into the Department of Health and Social Care. It has also been recommended that the UK relaxes regulations related to the cultivation of hemp and extraction of CBD.

But is it just a pipe dream? When will it actually come to fruition? When asked, Lehane drew attention to a scheme Volteface ran in 2018 where they took three MPs—David Lammy, Jonathan Djanogly and Norman Lamb—to look at a regulated market in Canada. “Each of them agreed that we’re looking at a time frame of around five to ten years but I believe, with the post-recovery we’re looking at, we might be looking at five years tops.”