Why do kids send letters to Santa? Here’s where the tradition comes from – Screen Shot
Deep Dives Level Up Newsletters Saved Articles Challenges 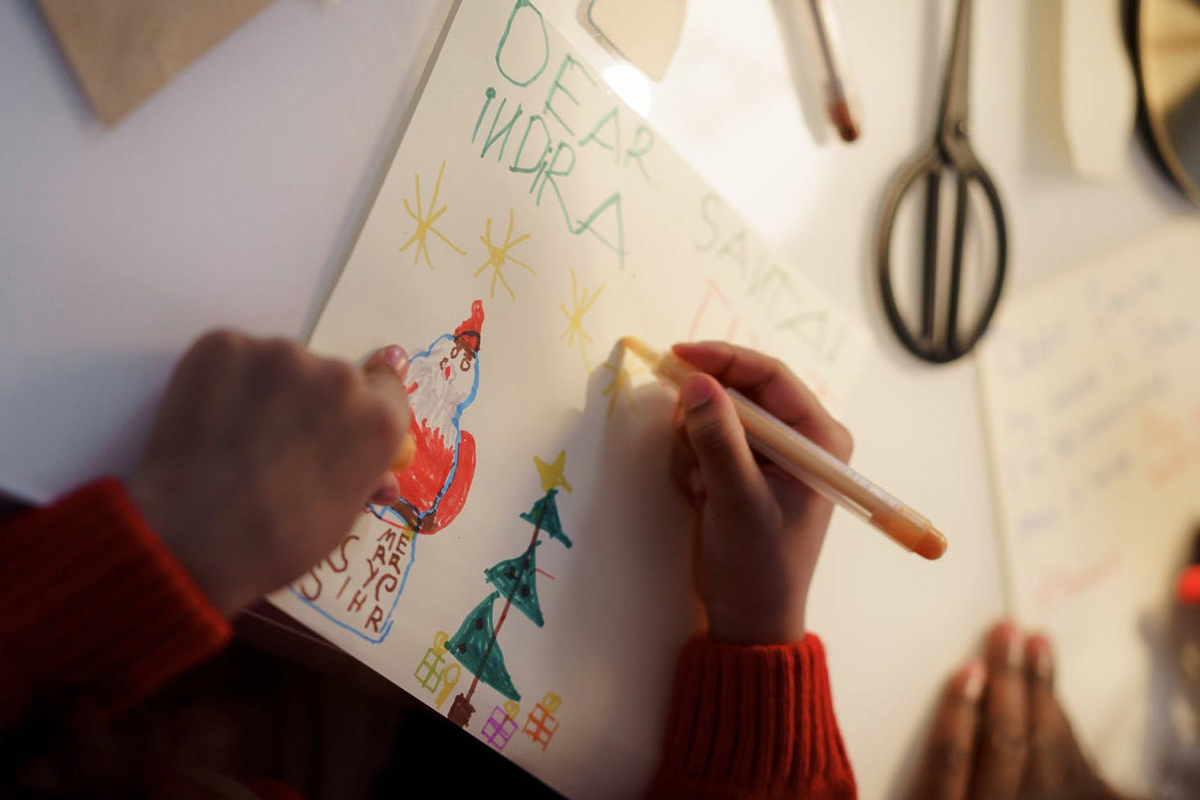 Why do kids send letters to Santa? Here’s where the tradition comes from

No Christmas season is complete without Santa Claus, the holly, jolly, beard-sporting gift-giver who brings joy to children all over the world. Though I went through my ‘Santa’s not real’ phase pretty early on in life, which later spurred my “I hate Santa, Santa is a tool of capitalism and consumerism-gone-mad’ phase (which, by the way, I still haven’t really gotten out of) there’s no denying that he is here to stay. No matter how much I, as a child, objected to believing that Santa brought my presents down the chimney, he is as much a part of Christmas as eggnog, figgy pudding and mince pies.

As an inquisitive child I always wanted to know what would get me on the good list each year, and I was always told the only solution was to write Santa a letter. As we all know, it was really our parents’ way of figuring out what presents to get us. But Christmas wish lists to the red suited man are actually a fairly modern invention. The wonder of communicating with Mr Claus started picking up around the 1800s, according to Grunge. But the phenomenon (in its humble beginnings) was surprisingly the other way round as it was Santa who did most of the talking.

Santa’s roots in America can be traced all the way back to the arrival of Dutch immigrants in the country during the 18th century. Come one, come all, on 6 December they would gather to honour the anniversary of Saint Nicholas’ death.

With every passing generation, Santa Claus gets a new look—whether that’s shaving a few inches off his infamous white tash or swapping out his hat for a brighter colour, Santa’s style has evolved just as much as his lore has.

In the region now considered to be Turkey, around 280 AD, Santa Claus got his start as Saint Nicholas, a man who dedicated his life to almsgiving altruism, spreading joy and kindness with his philanthropy. His quest to make the world a better place through sheer fellow-feeling charity and humanitarianism earned him a quick climb to popular legend status in European history. There are many names for Santa for this reason—over 100 all over the world, in fact. One of the Christmas icon’s many names is ‘Sinterklaas’ (short for Sint Nikolaas) which eventually became popularised as ‘Santa Claus’.

Skipping further down the passage of time to the 1860s, another vital source to the American get up of Santa came around in the form of political cartoonist Thomas Nast’s illustrations for Harper’s Weekly, a popular magazine at the time. Nast’s depiction of Santa was born from both Moore’s poem and his German heritage and in turn popularised the black boot-wearing, rosy-cheeked figure.

In 2015, Smithsonian Magazine released a report which confirmed that children used to receive messages from Santa, and not the other way around. The Santa from this era was “a strict, no-nonsense kind of fellow who gave kids pointers on how to improve their behavior,” according to Grunge writer, Wendy Mead. He was definitely a tough cookie, keeping children away from the dreaded naughty list. The publication has also chronicled the ever-changing face of Father Christmas in its vast collections of images.

Between Nast’s striking illustrations and the big bellied fellow having an established lore, America hopped on board the train of Father Christmas for seasonal marketing and capitalism chugged along the many images we have of him today. Well-known department stores like Macy’s and food and drink companies like Coca Cola publicised the Santa image in their advertising, which some like George McKay, a professor of cultural studies at England’s University of Salford, have written about the topic extensively and argued that it is exploitative.

Originally, messages to and from Santa were left by fireplaces—makes sense, right? A well known fact among us all is that Santa slides down the chimney—in the least creepy and disturbing way possible—eats the plate of cookies you’re kind enough to leave him and gives good kids their gifts. It therefore sounds very logical that you would leave your letters to him where he made his grand entrance and discreet exit from people’s homes.

Post Civil War though, sending letters in the mail became the preferred mode of communication as it was faster and cheaper. Fear not, Santa always stays ahead of the curve and hip with the changing times. At first, these letters to Santa were all over the place—literally, they had no clear destination at all. According to Smithsonian, some notes found their way onto the printed pages of newspapers, but many of them ended up lost, gathering dust and left to die unaddressed.

Hope was not all entirely lost though, as charitable organisations would request access to these notes with the hope of answering them. Fast forward to 1912, the US Post Office Department made an official change in its policy to specifically help with the letter problem. Grunge noted that it allowed local postmasters jurisdiction to handle ‘Dear Santa’ messages in their own communities. Postal employees and fellow members of the community would review and respond through a programme called Operation Santa, a practice still continued today by modern postal companies like USPS

As time went on, the postal service received so many letters to Father Christmas that more help was needed to keep the season’s kindled fires burning. Operation Santa got a digital overhaul in 2017, trialled out in a pilot programme in New York City that then went nationwide in 2020. The process is simple: the postal service receives and keeps the letters, takes out all personal information from them and then publishes them online. From there, the hope is that benevolent individuals will review the letters and choose one to ‘adopt’, all delivered with the help of the postal service.

Sounds like the best way to ditch the Grinch is to spread the spirit of Christmas, which has had such a long history, and get involved, right? I hope I’m not the only one sending Santa—wink wink, nudge nudge—a letter to his official address at 123 Elf Road, North Pole 88888… 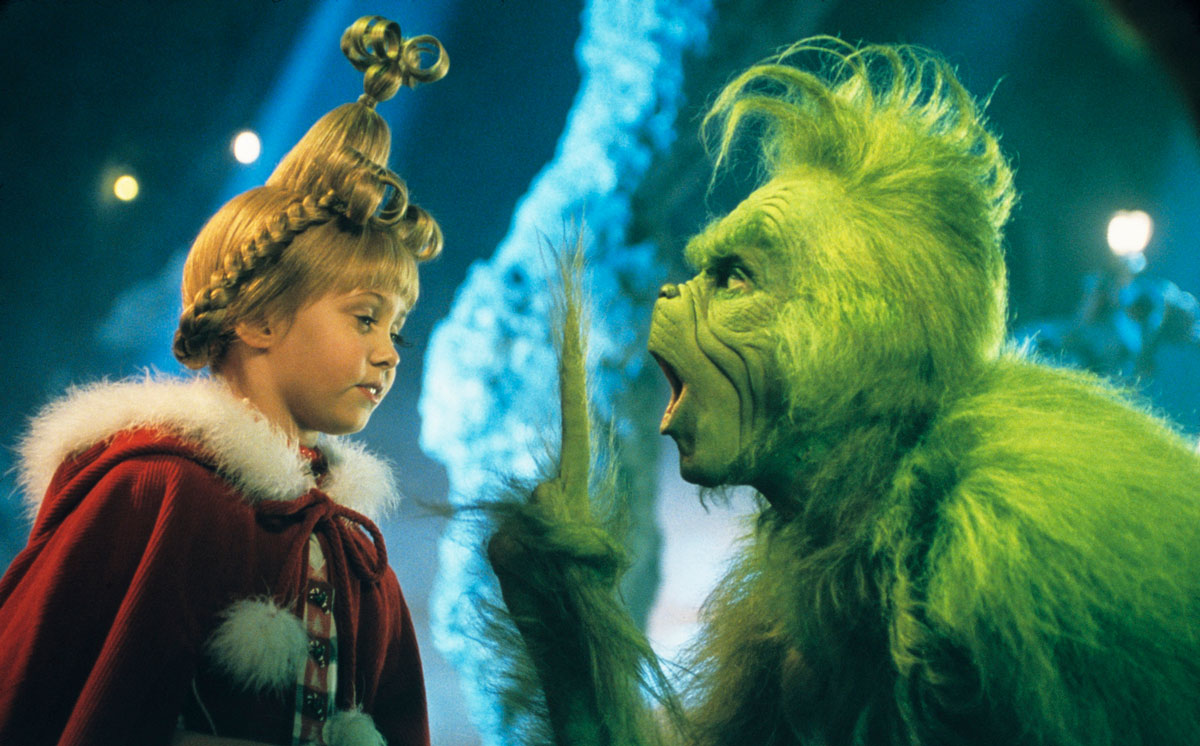 In 2017, Fingerlings—cute monkey toys—retailed for $14.99, but were snapped up and resold for up to $1,000, as first reported by NPR. The culprit? ‘Grinch bots’, also known as ‘Cyber Grinches’. Their goal? To steal Christmas. How exactly? Grinch bots mop up all the hottest toys on the market before human customers can get them. The demand drives up the resale price, allowing scalpers—people who buy large quantities of in-demand items—to make a pretty penny off desperate shoppers on third-party websites like eBay and Amazon.

While the demand for the hottest toys is particularly high this time of year, shoppers are competing against a growing army of bots. For years, scalpers have taken advantage of software robots to scoop up event tickets, but now scammers are employing the same tactics to cheat Christmas shoppers, explained MSNBC anchor and economics correspondent Ali Velshi back in 2017.

How do Grinch bots work?

Bots are frequently used on in-demand commodities including trendy trainers and the latest gaming consoles. Using sophisticated software algorithms, they scrape retail websites for a particular item, then zip through checkout faster than any human ever could. Some can even get around CAPTCHAs, which are the tools used to differentiate between real users and automated users, such as bots.

In 2016, the Better Online Ticket Sales Act, also called the BOTS Act, outlawed using bots for ticket scalping. In 2021, the US federal government announced settlements with three alleged violators totalling around $3.7 million. One thing was clear, Grinch bots had still somehow managed to avoid the measures intended to stop them from buying all the good stuff before actual human beings.

But in 2021, things started to go south for the cyber Whoville haters.

During the last week of November 2021, lawmakers introduced the Stopping Grinch Bots Act, which would expand on the 2016 BOTS Act and extend to e-commerce, banning bots from bypassing digital retailers’ security measures. The bill in itself isn’t new—lawmakers previously proposed it in November 2018 and 2019, but it died in the US Congress both times.

Speaking to The Hustle, Chuck Bell, advocacy programs director for Consumer Reports explained it’s not uncommon for consumer protection legislation to move slowly due to power disparities between industry trade groups and consumer organisations. “If other interest groups are indifferent or opposed, it often takes us longer to get our bills over the finish line,” he said.

“This bill seeks to stop Cyber Grinch greed from ruining kids’ holidays,” Senator Richard Blumenthal (who introduced the legislation along with fellow Senator Chuck Schumer) said in a statement. “New tools are needed to block cyber scammers who snap up supplies of popular toys and resell them at astronomical prices. Price gouging hot toys by Grinch bots should have zero tolerance.”

However, with Congress facing urgent deadlines to avoid a federal government shutdown and a debt limit default, the bill didn’t get enough time to save this year’s Christmas. Oh well, I guess there’s always next year.