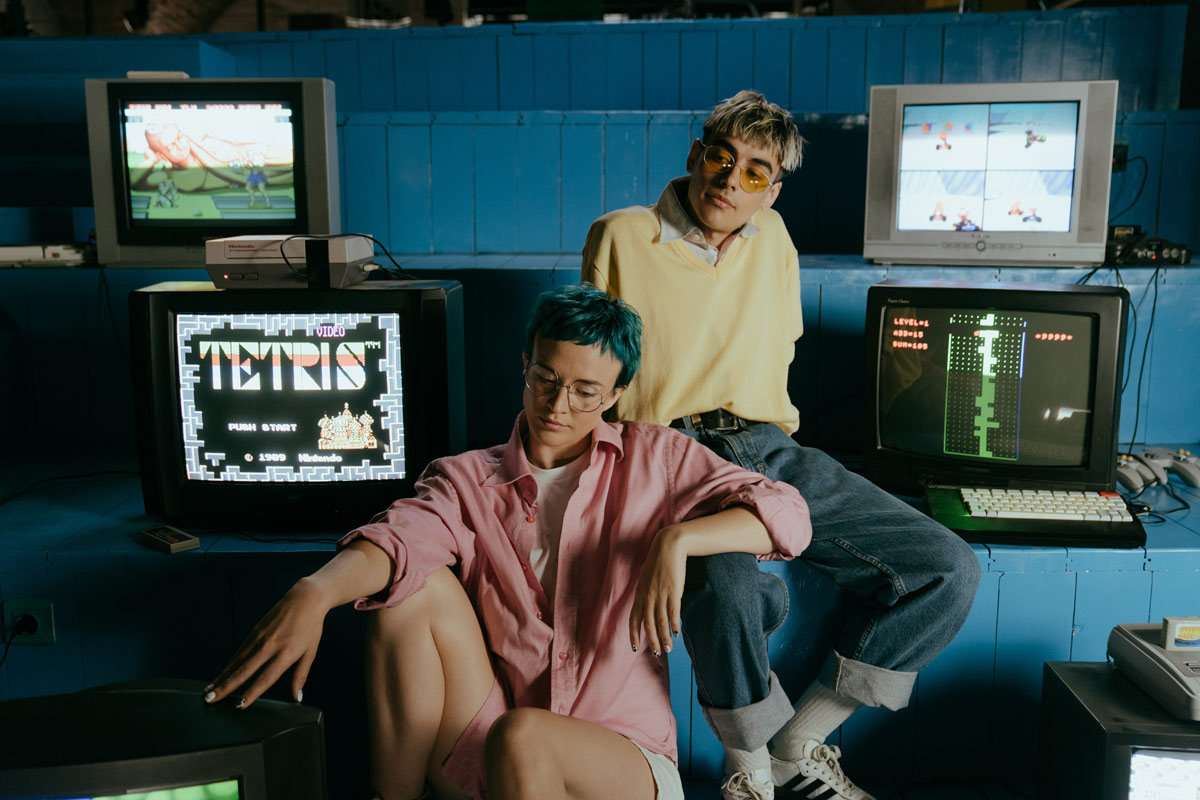 China’s war on ‘electronic drugs’: is online gaming an addiction risk for teenagers?

Gaming has come a long way since the pass-and-play sessions of Crash Bandicoot on the PS2. As technology has evolved, so has the gaming industry. The online gaming industry, in particular, is practically unrecognisable from its predecessors. No longer is gaming a niche hobby, it’s a multimillion-dollar industry rivalling Hollywood in terms of its outreach and sheer popularity. Nowhere is this more apparent than in China, where the Chinese games market is set to reach a value of 35 billion dollars in 2021. According to ISFE, the average gamer is now 31 years old. However, China believes online gaming is “destroying a generation”—likening the hobby to “opium” when it comes to its addictiveness.

Two of China’s biggest online gaming firms, Tencent and NetEase, have had their shares fall more than 10 per cent in early Hong Kong trade after a Chinese state media outlet called online gaming “electronic drugs.” The stigmatisation—portrayed by the Chinese Communist Party (CCP) state-run media—is not a new phenomenon. According to the BBC, investors have become “increasingly concerned” about Beijing cracking down on online gaming firms. It comes after authorities in the country announced a series of measures to tighten their grip on technology and private education companies over the recent months.

An article, written by the state-run publication Economic Information Daily, stated that many teenagers have become addicted to online gaming—thus having a negative impact on them. It also cited that students would play Tencent’s popular game Honor of Kings for up to eight hours a day and suggested there should be more curbs on the industry. “No industry, no sport, can be allowed to develop in a way that will destroy a generation,” the article went on to argue, likening the online gaming industry to “spiritual opium.”

Since the removal of the article from the publication’s account on WeChat, both firms’ shares have recovered. However, the article has changed the face of online gaming in China as we know it. In response to the claims, Tencent has announced its plans to introduce measures that will reduce children’s access to, and time spent on, its Honor of Kings game—the firm also hinted that it will eventually roll out such policies on all of its games.

Add this to the growing list of new measures Tencent is implementing in a bid to stop minors from becoming “addicted to online games.” It was only in 2019 when the firm—the biggest game company in the world—announced it would roll out facial recognition technology that will scan gamers faces every evening in order to catch minors breaking a gaming curfew and helping to prevent video game addiction. Dystopian or a valid measure to prevent addiction? I’ll let you decide.

Gaming addiction is a legitimate problem

So is video game addiction actually a problem? China seems to think so. Prevention of video game addiction is literally the law of the land. It’s been an aspect of the law that has been evolving over the past decade or so—recently, however, it’s hit some important milestones. China introduced a law that banned minors from playing video games between 10 pm and 8 am, or for playing more than 90 minutes on a weekday in 2019. A moment of silence, please, for the teenagers in China who have been robbed from sneaking to the family PC in the dead of night to get their League of Legends fix.

Jokes aside, China hasn’t been the only culture to wake up to the harmful damage video game addiction can cause to children. Albeit, they’ve been the only ones to implement measures that many in the West would consider Draconian. Video game addiction has recently been added to the Diagnostic and Statistical Manual of Mental Disorders (DSM), a psychiatric ‘handbook’ used to list all mental health disorders and diagnose them appropriately. The condition ‘Internet Gaming Disorder’ is listed up there with gambling addiction and substance addiction. Research has also suggested how 1 to 16 per cent of video gamers meet the criteria for addiction—when unaddressed, such an addiction could have a detrimental impact on mental health and work or social life.

But isn’t straight-up banning minors from gaming at night a bit overkill? Many would argue yes. It’s a two-way street: I’m inclined to believe that taking such measures is a narrow-minded response to the problem. In fact, gaming can bring many positive benefits in terms of mental health and allowing people to socialise with others—which is particularly important, now more than ever, in the era of pandemic-induced lockdowns.

Of course, addiction is a serious mental health disorder and should be addressed accordingly. However, stripping every teenager the ability to game for longer than 90 minutes to prevent cases of addiction seems to be somewhat harsh. There are people out there addicted to mac and cheese, should we put a limit on that too? Ultimately, there will be people who agree and disagree. As new technology evolves, so will the gaming industry. How we will face this change, and the problems it brings, is still up for debate. 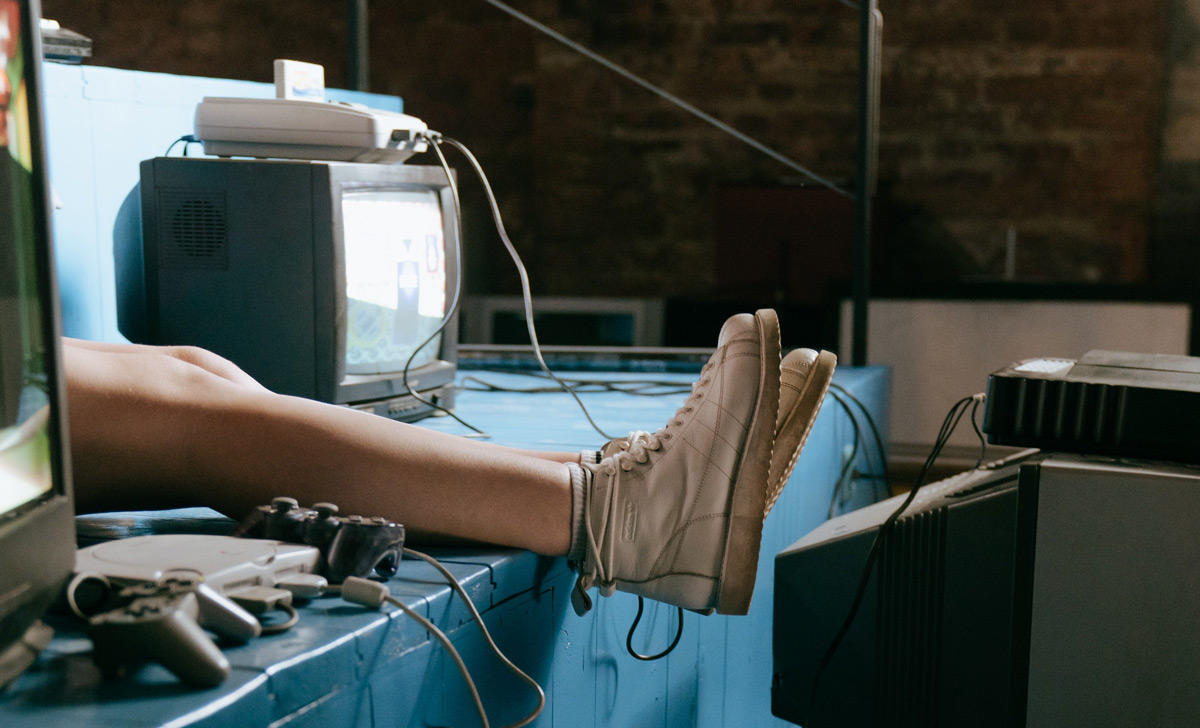 Cloud gaming is set to be the future of the gaming industry, here’s how

Video games are a huge influence when it comes to cultural trends and insights. Harbouring the potential to redefine sex education among teenagers, such games have essentially reshaped our lives over the pandemic by providing us with much-needed comforts of escapism. As consumers increasingly demand cloud-based services, it is inevitable for the gaming industry to follow suit—ultimately paving the way for the next generation of gamers with the concept of ‘cloud gaming’.

What is cloud gaming?

Imagine logging into your Netflix account just to play games—that is cloud gaming for you! While traditional games run ‘on-premises’ by inserting a game cartridge or disc into a console or by downloading software onto individual systems, cloud gaming allows games to be stored directly on remote servers. The visual interface is then streamed directly onto the user’s device, similar to how content-streaming platforms like Netflix works.

“While media-streaming platforms move the physical hard drive and downloaded data to the cloud, cloud games essentially move the entire console to the clouds,” explained TechStory. All you need to play games on the cloud is a piece of hardware that supports cloud gaming with a strong internet connection. Such platforms have the capability of offering a wide range of games such as video, web and mobile games.

The on-demand gaming service was first demonstrated by G-cluster in 2000 and has been a coveted sensation ever since with a significant amount of the gaming population already having moved from disc-based games to digitally downloaded ones. A recent report further found a majority of gaming platforms with streaming infrastructure—such as Amazon Web Services and Google Cloud Platform—having at least one of their games available on the cloud.

With a market poised to generate $1.4 billion in revenue this year, cloud gaming has immense opportunities for growth. The innovation expands the flexibility of the media-streaming industry and disrupts gaming to foster an attractive market for both consumers and game developers.

For consumers, cloud gaming offers an on-demand gaming experience without the burden of downloading and installing software on their personal devices. Accessible at any time and location, the innovation eliminates the traditional limitations of hardware requirements—thereby making cloud-based games a smoother pick-up-and-play experience. It also closes the gap between billions of gamers using low-spec devices and millions of players with high-spec ones.

In terms of the industry, cloud gaming has the potential of offering a stronger level of cybersecurity than downloaded games, given the fact that they store information on remote servers and virtual storage spaces. The innovation significantly reduces bandwidth costs for companies and enables developers to make games which pull in significant numbers of microtransactions across the gaming population.

Cloud gaming’s untapped opportunities, however, come with a number of challenges and infrastructure issues that prevent developers from fully embracing it. The availability of high-speed broadband and internet access is critical if cloud gaming is to provide the premium mobile experience needed to convince consumers. “Gaming service providers must make significant investment in both data centers and server farms across various locations in order to seamlessly host and stream software to what could be a global player base,” advised Lexology. Such investments are far more than costs associated with the traditional gaming model itself.

Another concern is regarding access to personal user data. Traditional gaming can be used almost anonymously without any concern on how a user’s data may be recorded and repurposed. In terms of cloud gaming, however, companies will have much greater access to data, accessible on the tip of their fingers. “The success of cloud gaming is using this data responsibly and in compliance with data protection legislation which may be more of a challenge for small developers and publishers,” Lexology concluded.

As for the users, the fact that the service is entirely dependent on their internet connection makes up one of the major drawbacks. These services can be unreliable as a drop in connection would interrupt the stream, hampering an enjoyable gaming experience. Nobody wants to watch a lagging, 144p Black Mirror episode now, do they?

The global market for cloud gaming is expected to grow by $4.50 billion between 2021 and 2025. Despite the challenges faced by the industry, cloud gaming is now seeing more major players on the scene than ever before.

As we increasingly brace for a cloud-first generation, consumers would undoubtedly seek out primary sources of entertainment on such virtual platforms. “Subscription-based gaming services will soon become a commonplace as Netflix, as consumers negate the need to download or buy a game,” reported TechStory. Although the cloud gaming industry is still in its infancy, it is hailed as the future of gaming—set to redefine the creation, distribution and consumption of games for an era seeking out new experiences. And it so seems that Google Stadia has already gotten a headstart into this future.