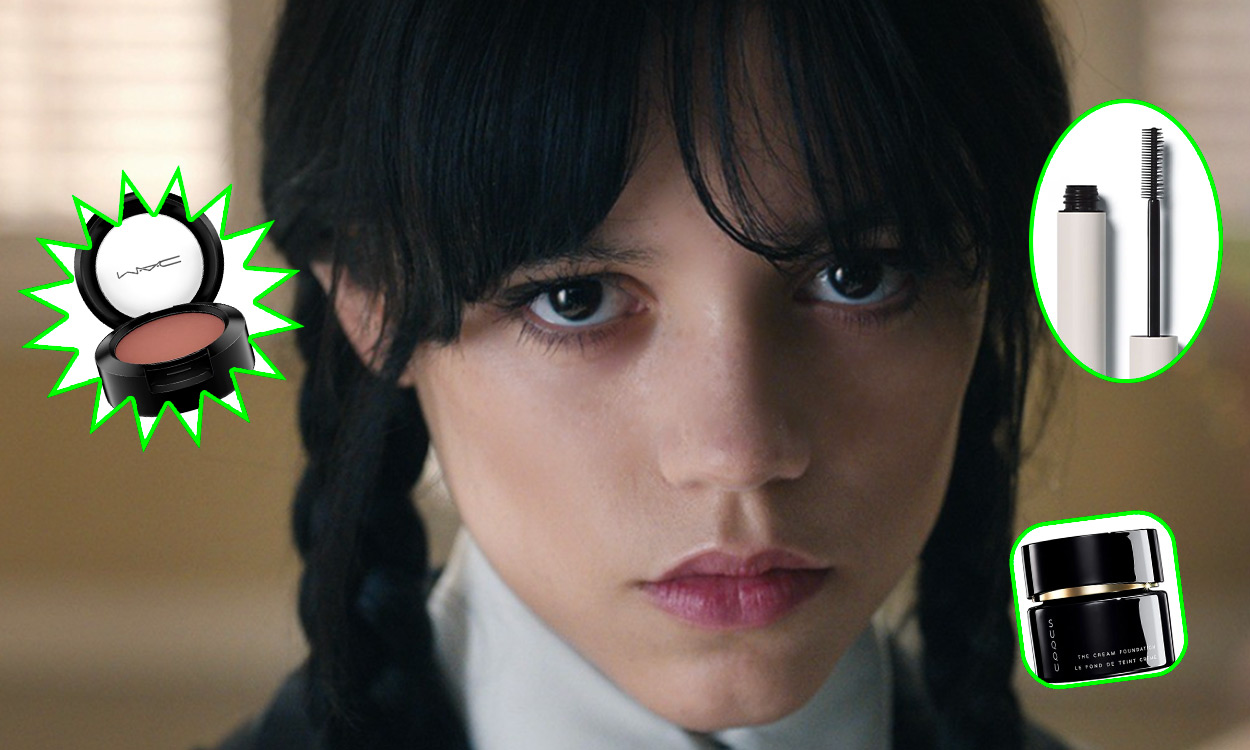 From the intense stares to the thrilling (albeit slightly unnerving) dance number, gen Zers have devoured Tim Burton’s Wednesday one angsty monologue at a time—understandably so. That being said, it wasn’t just Jenna Ortega’s standout performance or the captivating storyline that we all loved so much.

While the cast of the show were off hunting monsters and villains, netizens were losing their minds over Wednesday Addams’ iconic makeup look. Sporting a gothic hue and eerily cold accents, Wednesday captured our hearts and crept into our Sephora baskets.

When one used to think of gothic makeup, heavy under-eye eyeliner, black exaggerated eyeshadow and the darkest shade of lipstick possible all came to mind. Nowadays however, things have changed.

The hit series has completely shattered any lingering stigma that the style had—everyone is loving Wednesday’s aesthetic and I guess if you are reading this, you are too. Here’s how to get the look: 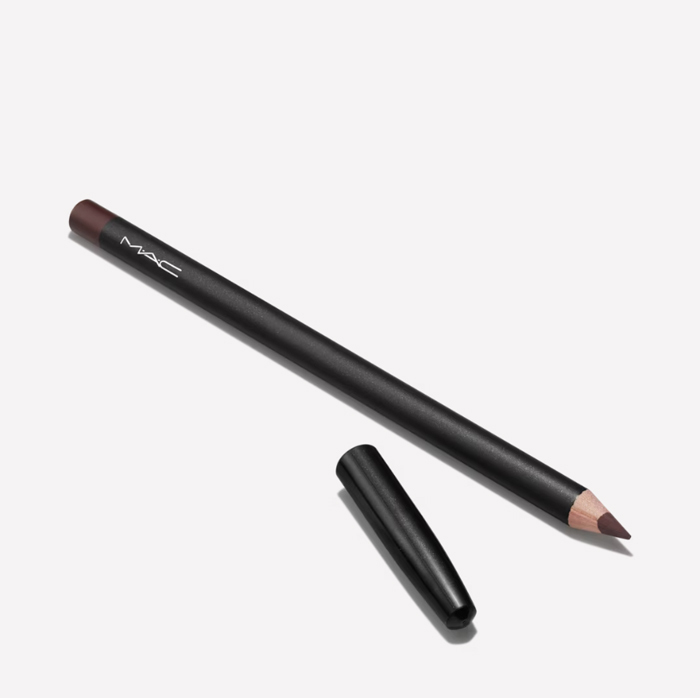 To create Wednesday’s signature lip look, Tara McDonald, the makeup designer for the Netflix show revealed in an interview with MEGA that she used the MAC lip liner pencil in the shade ‘Nightmoth’ along with a clear lip balm. She combined the two on her hand and then softly dabbed it onto the actress’ lips. Yep, it’s as simple as that. 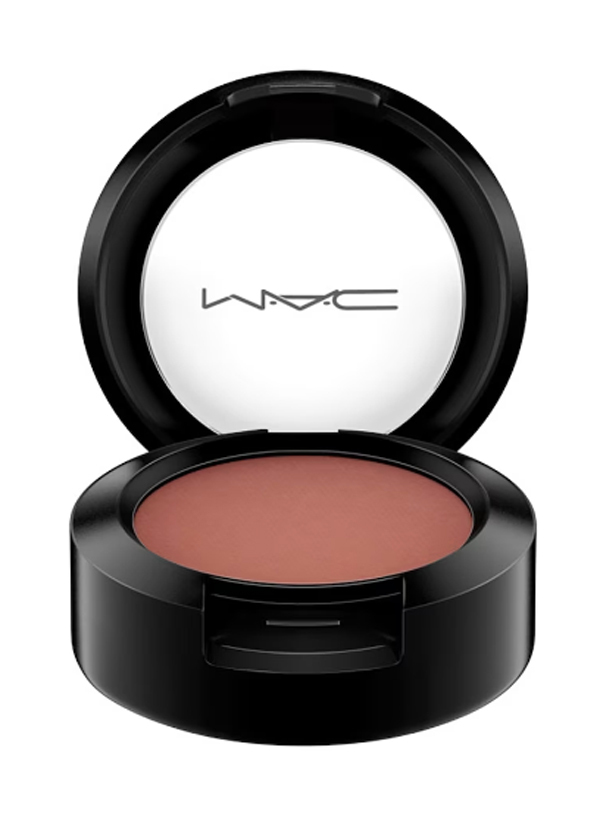 Ortega’s eye makeup appeared soft and subtle in the show, in comparison to the more ‘common’ goth eye looks out there, which usually consist of heavy eyeliner and exaggerated eyeshadow. 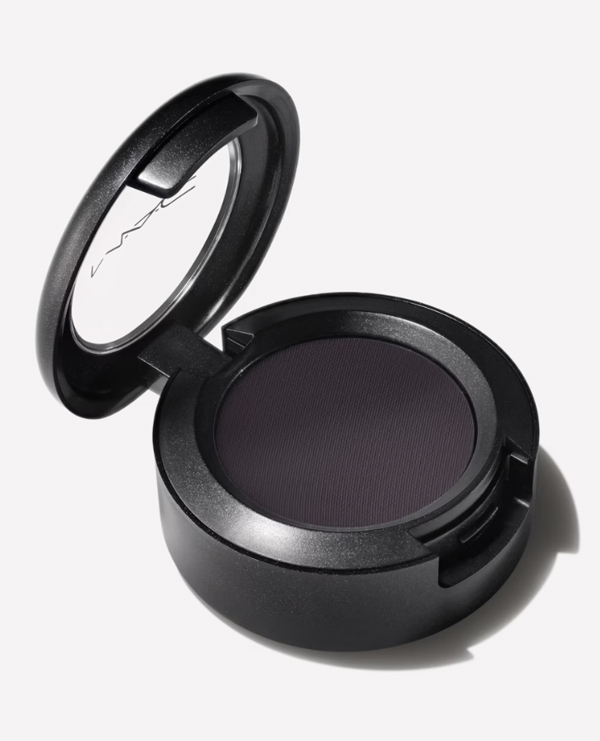 To find the perfect product for Ortega’s soft eye makeup, McDonald once again revealed that she turned to MAC Cosmetics and used a combination of three shades—‘Brown Script’ on top and under her eye, ‘Carbon’ to act as eyeliner and ‘Glitch In The Matrix’ on the top lash line, smudging the last two to create a subtle smokey look.

A word of advice: if you are trying to replicate Ortega’s look exactly, save your favourite pair of party lashes for another day—just like her eyeshadow, her eyelashes were very fine. McDonald used the lLIA Limitless Lash Mascara, which features a dual-sided brush to both curl and create volume, as well as build length and separate the lashes. 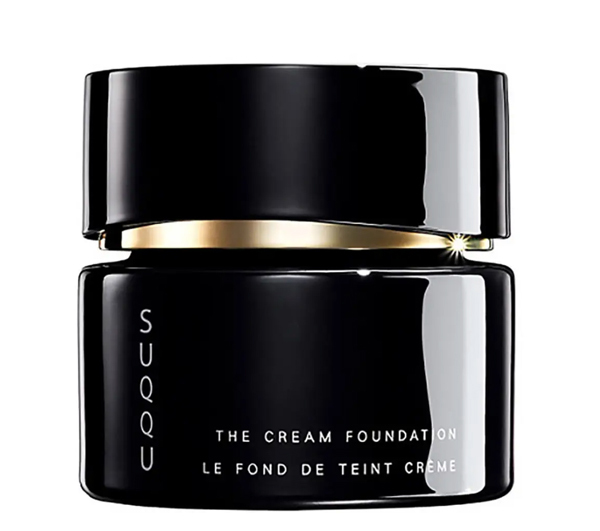 In the 1991 film based on the characters created by cartoonist Charles Addams, Wednesday’s complexion made her look as though she had never seen the sun—only adding to her spooky presence.

For Ortega’s Wednesday, her skin showed slightly more colour but this look cannot be recreated with any foundation, as it would appear heavy and make your skin look tanned. Instead, the whole point here is to even out skin tone, while still adding a soft glow to the skin. Start by picking up a sheer foundation—McDonald said one of her reasons for using this product is so she didn’t cover Ortega’s natural freckles.

Now, finding the right foundation for your skin is enough of a challenge when considering its shade, quality, and price. Fear not however, because we’ve got the perfect product for you: the SUQQU Cream Foundation. 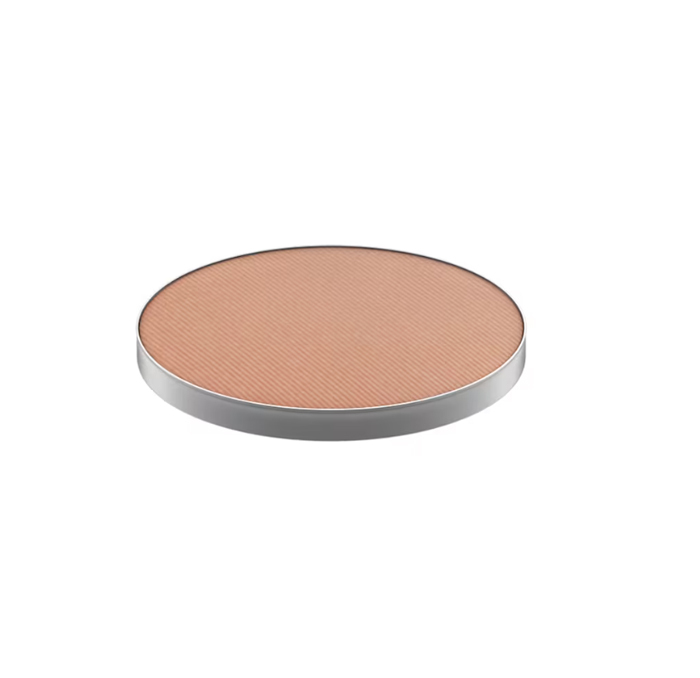 Last but certainly not least, you might have noticed throughout the show that Wednesday’s face constantly appeared perfectly sculpted.

To really pull off this look, keep the contouring to a minimum—remember you want your makeup to look as discreet as possible while still giving your face definition. Dull shades that will flawlessly blend into your skin are best. 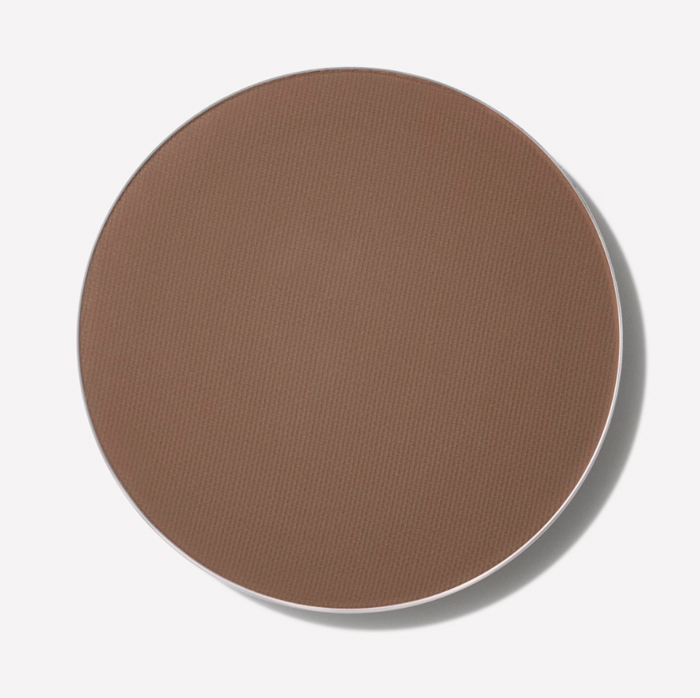 McDonald explained that she used MAC’s Sculpting Powder, first in the shade ‘Sculpt’ and then adding in the shade ‘Shadowy’ to enhance Ortega’s ghoulish look. 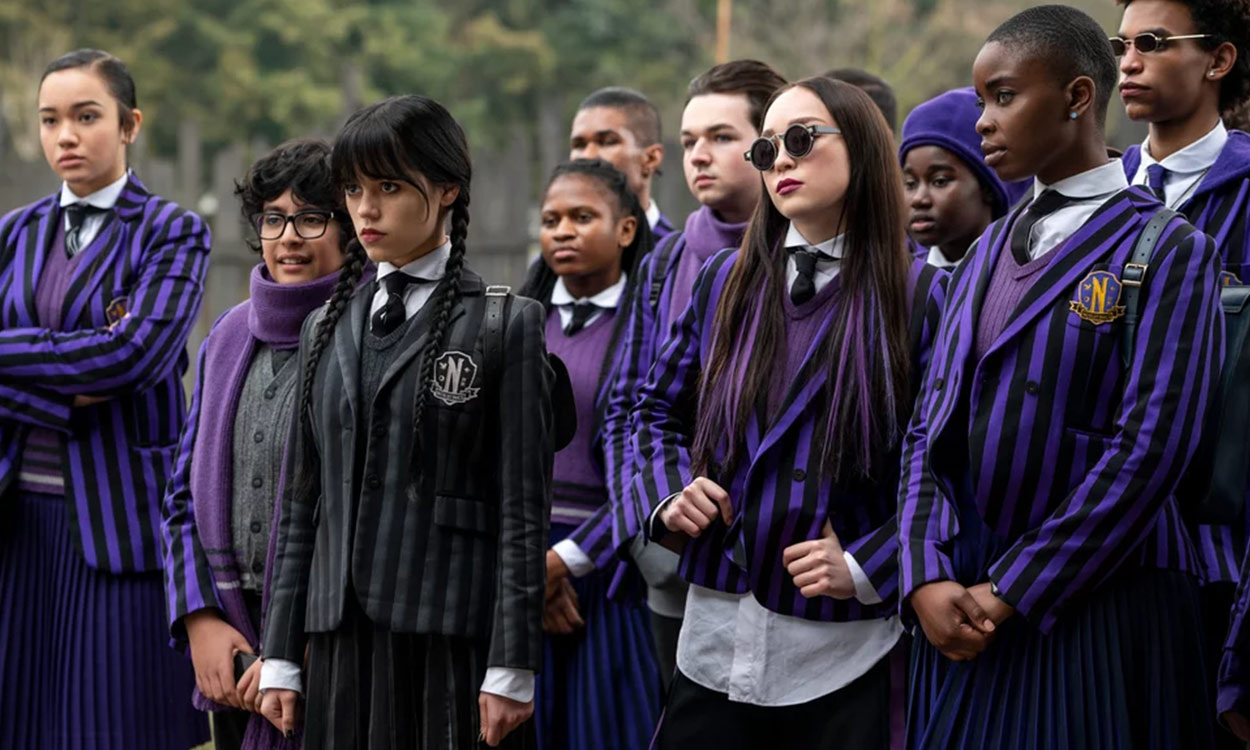 It’s no surprise why The Addams Family spin-off Wednesday became the mega hit that it is—from the pigtailed titular character’s notoriety in the world of all things emo and spooky to having Tim Burton at its helm, the series was bound to be a success.

This time, the deadpan, sarcastic, misanthrope queen that is Wednesday Addams was brought to life not only by the amazing actress Jenna Ortega, but also by renowned designer Colleen Atwood, the woman responsible for the show’s hair-raisingly good costumes.

The entire cast of Wednesday are in the sharpest of macabre threads. If you’re a fan of gothic costume and fashion like me, Atwood’s work in cinema is definitely one to keep up to date with. A longtime collaborator of Burton, the costume designer is also responsible for the iconic outfits seen in classic cult films such as Edward Scissorhands, Sleepy Hollow, and Alice in Wonderland.

In an interview with Hypebae, Atwood shed some light on how she approached the reimagining of Wednesday’s character, from outfitting her in a gorgeous Alaïa dress for the now-viral Rav’n dance scene to her classic everyday Addams-style looks.

The costume designer told the publication that the aim was definitely to keep everything in tone and inspired by “the original Charles Addams comic strip. We used that to contrast against the traditional American public school setting.”

She went on to add, “Wednesday’s school uniform was hand-painted in black and grey stripes to set her apart from the other students who are all wearing colourful, typical clothing for high school students.”

So much detail went into these costumes, particularly when it came to selecting  the patterns and textures of the materials used for every single outfit. Atwood explained that in order to keep in line with Wednesday’s signature monochrome palette, she played around with “combining different textures within the grid of black and white. We thought a lot about the environment of the scene and the lighting and how that would look on film.”

Of course, the narrow colour palette also meant that she had to play around a lot with “scale, patterns and textures to give variation.” Atwood’s shines as a designer because of her impeccable skills when it comes to considering every facet of an outfit, the sort of scrutiny which really helps to add variety to what could have been an otherwise really limited wardrobe.

How were the outfits in ‘Wednesday’ revitalised for a new generation of viewers?

It’s important to note that Atwood and her team were also able to achieve such stellar results in the show’s costumes thanks to the very nature of the series and its script. Though the intention was to keep it grounded in the original comic strip, Atwood revealed that they were able to “play within those bounds” and “had so much licence to build up [Nevermore Academy and Jericho]. It was a challenge and an opportunity.”

The creative licence shows, especially in the wider cast. While Wednesday and the rest of the Addams family don iconic Burton-esque stripes, patterns, and silhouettes, the other characters are rich with 60s fashion influence, with Principal Weems’ look, for example, being based upon a poster of American actress Tippi Hedren who starred in Hitchcock’s The Birds.

The costume expert shared a few additional details in a recent Harper’s Bazaar interview, where she stated that her main goal on Wednesday was to “pay homage but update” the costumes. The team had so much freedom with the wider cast that it made it even more important for them to get the Addams’ own costumes right through experimentation and innovation.

Given how obsessed gen Z is with fashion’s endless list of aesthetics and subcultures, it’s exciting to gain a greater understanding into the sheer amount of care that was put into these costumes. Ironically though, the infamous dress that Wednesday found in Jericho’s vintage store, implying it is retro, is in fact a modern piece that Atwood picked up in Alaïa’s New Bond Street shop after asking her assistant to model it.

Don’t look at the price tag if you love yourself though—in other words, you can dream on if you think you’ll find something as stunning as that in your local thrift store. And if it does ever show up, you’ll probably have to fight off the Depop girlies flocking to it before you can even get a second look.

But hey, Wednesday is based on celebrating the out of the ordinary after all, so never say never. On top of this, the show’s costumes capitalise on everything gen Zers love—60s and 70s throwback fashion, a vintage daydream, and the comeback of gothic and dark academia patterns and palettes. Forget about season two’s potential love triangle between Tyler, Xavier and Wednesday, I’m begging for more killer looks.