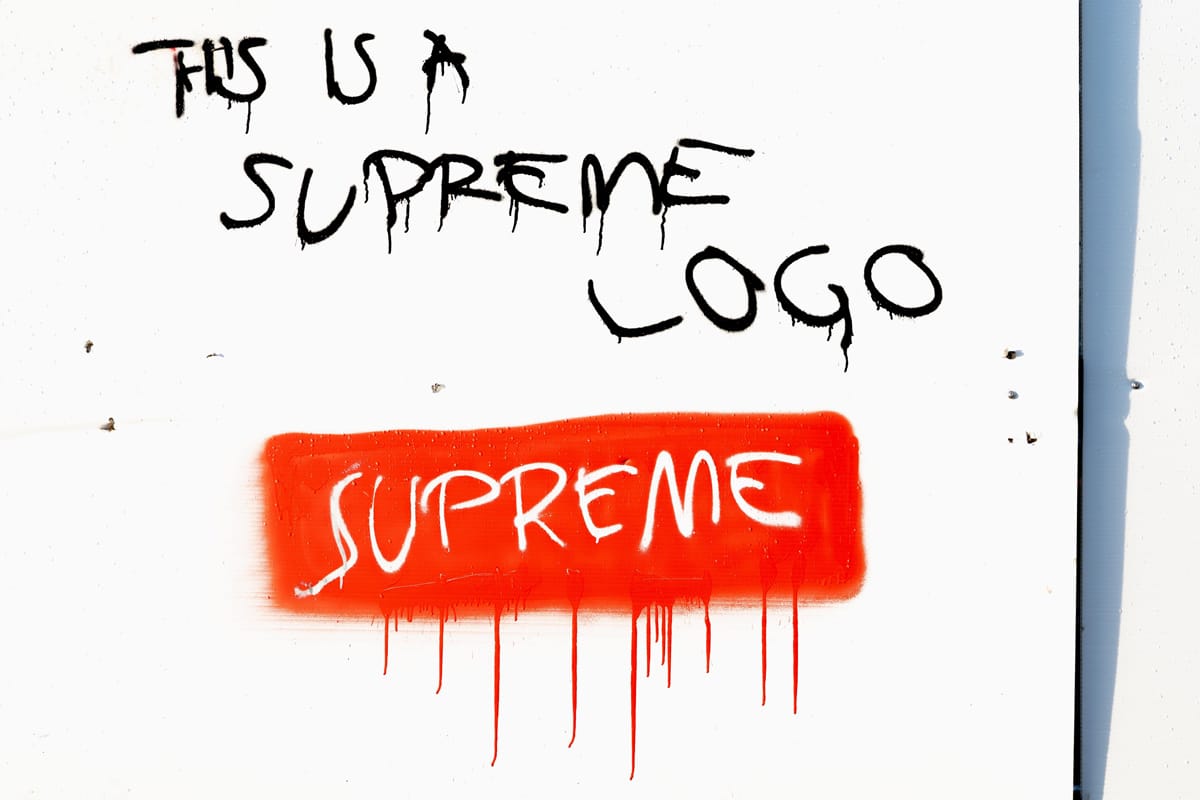 When VF Corporation announced on Monday 9 November that it would acquire streetwear must-have Supreme for $2.1 billion (£1.5 billion), fashion followers lost it. Why? Because, when it comes to Supreme, which started in 1994 as a single New York shop selling to the local skate community, this move was nothing like the brand’s ethos we had learned to love along the years.

VF Corp, which owns brands such as Vans, The North Face, Timberland, and Dickies, was considered as the polar opposite of Supreme. And yet, here we are. So what does this mean for Supreme and will it be able to survive this sell-out move?

Supreme’s success has been based on its independent (and sometimes uncompromising) attitude while the brand kept demand high and supply low by releasing weekly drops of new products in very small quantities. Currently, the brand generates more than $500 million in annual revenues, up from around $200 million in 2017.

Speaking of 2017, that year, Supreme’s founder James Jebbia, who was originally the manager of Stüssy in New York in the early 1990s, sold half the business to the private-equity firm Carlyle Group, which acquired a majority stake for $500 million that valued at $1 billion. Following Carlyle’s backing, Supreme entered into collaborations with Levi’s and Louis Vuitton.

This previous acquisition had already come as a big surprise to Supreme die-hard fans, so imagine the impact the recent news had on them. More than 60 per cent of Supreme’s revenue comes from online orders and it now expects revenues to grow eight to 10 per cent over the next three years.

But from one acquisition to another, this raises the question of whether Supreme can keep the elements that made it so desirable in the first place. Jebbia once told the New York Times that the streetwear brand “needs to be cool to survive.” By the way things look, while Supreme might manage to survive, its cool factor might not.

Of course, VF Corp’s chief executive Steve Rendle said the company would take a “hands-off” approach to managing Supreme, which in itself should reassure fashion enthusiasts that no, Supreme is not about to change completely. In reality, the brand said goodbye to its cult status long ago, when it partnered with Louis Vuitton on a high-profile collaboration that reached consumers far beyond the skate community.

Supreme/Louis Vuitton one of a kind bear for BBC's Children in Need charity. To bid, go to link in bio.

Sales were growing fast, and to skaters and fashion insiders, whatever subcultural appeal Supreme had was already long gone. The battle of the niche versus the mass cool began for the New York brand. But that didn’t mean Supreme was no longer cool, as the factors that shape a brand’s image are based on more than exclusivity. A study published in 2019 by a group of researchers led by Caleb Warren, an associate professor of marketing at the University of Arizona, looked at what determines whether shoppers perceive a brand as cool and found 10 omnipresent traits.

Subcultural appeal, originality, authenticity, rebelliousness, energy, and aesthetic appeal were all on the list. One important part underlying many of the factors mentioned above was what they call ‘autonomy’, meaning that it is necessary for the specific brand to create its own course, regardless of what others expect from it. The study was conducted on different audiences, including one made up of 148 members of a streetwear subreddit, which implies in theory, Supreme’s core audience.

In other words, people from a specific subculture might completely disagree with more ‘mainstream’ fashion followers on what can be described as cool. In that study, people outside of the skate and streetwear subculture deemed Supreme of cool while those in it said it had become a popular mass brand. That’s where the difference between niche cool and mass cool lies.

Just like any other successful brand, trend, or product, for it to be adopted by the general population, it first needs to be seen as cool by a specific subculture that buys into the idea that they stand out from the masses. Once the mainstream starts noticing the specific brand, it then loses its desirability in the eyes of the subculture. They move on to the next thing, and the cycle repeats itself.

That’s exactly what some are expecting for Supreme in the near future, but whether that makes the brand less or simply a different kind of cool depends on who’s looking at it. “We are not coming in to make changes. We’re here to support and enable a high performing business,” said Rendle.

When the transaction will be completed at the end of 2020, Jebbia and its senior leadership team will remain with the business, which implies that Supreme won’t change too much too soon. More collaborations may appear, but then again, Supreme was already a frequent collaborator with The North Face, Vans, and Timberland. It seems that if VF Corp lets Supreme do what it’s always done, then things should not turn sour for the skate staple. 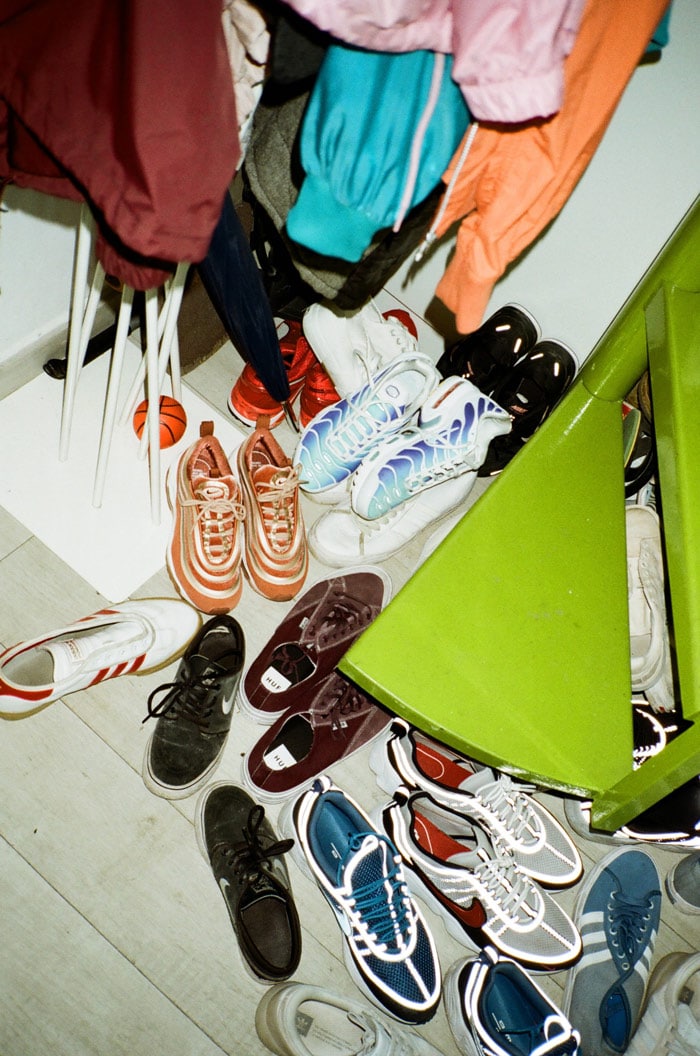 “If Asian American men are more image-conscious due to insecurity, is that why they’re so into fashion?” muses Mic Nguyen on his podcast Asian Not Asian. The New York-based podcast, hosted by comedians Nguyen and Fumi Abe, explores topics involving life as an Asian American and discusses what Asian masculinity truly is. While laughing and joking, the two men chat with guests who are notable writers, actors, and comedians, such as Kimmy Yam from HuffPost Asian Voices, Alexander Hodge aka ‘hot Asian bae’ from HBO’s Insecure, and Crazy Rich Asian’s Ronny Chieng.

To learn more about this fairly quiet phenomenon, I slid into Nguyen’s DMs to chat about the impact of fashion on Asian American male identity and the future of Asian men in America through clothes and clout.

Like the podcast’s slogan states, these are “American issues no American cares about”—and it’s spot on. Although there is a whole other subset of this conversation involving LGBTQ Asian American men, it’s the cisgender straight men and their new way of approaching masculinity that stood out the most. If you search online ‘Asian, masculinity, and fashion’ you won’t find much, except on Reddit, which will bombard you with threads titled “How to be confident”, “How to be masculine”, and even a thread asking how East Asians can dress like fuckboys to display alpha-ness.

These are some of the most searched topics, especially in the Reddit community, aptly named ‘Asian Masculinity’. According to Neilsen’s 2019 report, the Asian American population has grown to 7 million in the past decade, which is more than any other ethnic group in America and it’s predicted to be the largest immigrant group in the nation by 2055. As they are major influencers of consumption in America, brands and marketers should start looking into the psychological drive behind Asian American men’s attraction to streetwear, which is one of the highest-grossing markets in the fashion industry.

So why are Asian American men drawn to street fashion? Fashion has a way of changing people’s perceptions of you, and streetwear, more specifically, has been an ideal solution to combat stereotypes of emasculation. According to C. H. Chen, scholar and author of the Feminization of Asian (American) Men in the U.S Mass Media, Asian men have been historically emasculated in America through occupational pigeon-holing and unsavoury media representation. In the 19th-century, Asian men who immigrated to the U.S. to work on the railroads were eventually pushed towards cooking and cleaning jobs, or ‘women’s work’.

This associated them with being feminine and ‘weak’, which still affects how Asian American men are treated in the U.S. today. According to the co-founder of the brand The Hundreds, Bobby Kim, when he spoke to Hypebeast, “Streetwear has always been this weird, strangely male thing.” It’s always been associated with masculinity and been a pillar of Americana—two things that Asian American men aspire to be accepted into. “Asian Americans are always trying to communicate to White society that we belong here,” explains Nguyen.

The pursuit of a romantic partnership could be another reason why Asian American men are into street fashion. Historically, Asian American men have been seen as undesirable due to the same stereotype of being effeminate. Wearing the latest Hype hoodie or sneakers is a way to fight these stereotypes. “We know we’re being looked at. We’re being judged based off of certain things,” says Nguyen. “Asian American guys think about it, maybe at a subconscious level, to communicate that they’re desirable.” Nguyen also adds that, at first, he used fashion like a peacock strategy to get noticed: “You dress as loud as possible so people can’t peg you as a nerd and to combat media stereotypes.”

According to Jian Deleon in a panel discussion with Banana Magazine, the editorial director and trend forecaster for Highsnobiety and Complex conveyed that Asian American men are able to switch between being American and being Asian or some hybrid form of the two. Fashion is what enables that cultural interchange. Nguyen adds to that idea, saying that Asian American men may not necessarily be into fashion but are very aware of how fitting in certain groups navigates a power dynamic. “It’s a crazy mind fuck for an Asian American person,” says Nguyen.

People fight between dressing ‘beyond their race’, but at the same time, they go through the guilt that comes with it, because they feel like they’re hiding their race behind fashion. And still, sometimes it doesn’t even help, explains Nguyen, “I would wear capes or purple jeans, but people would still confuse me for another Asian guy at work. I was acutely aware of how limited the power of fashion could be when it came to trying to carve a certain identity.”

But they weren’t welcome in either of those boxes. Safe spaces are slowly being built for Asian men to become more confident and validated in their existence. As Asian American men have just recently stepped into the mainstream spotlight with Asian Hollywood, this conversation on how to be a man and how to be an Asian American man is still a grey area. There are many resources discussing men, masculinity, and fashion, but adding a cultural layer brings new facets to the topic. As Nguyen wisely said, “the change has to come from within.” Clothes are a great conduit for change but they’re not the actual cure.