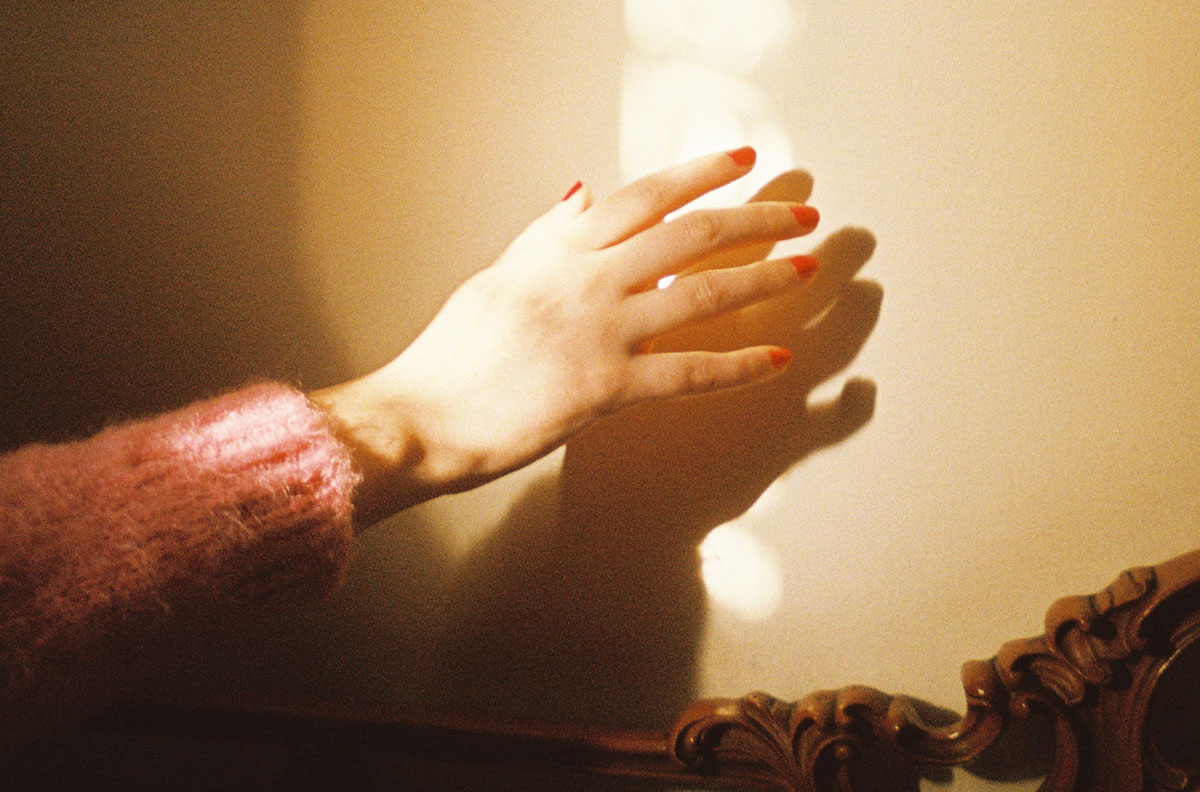 How to lucid dream in easy steps

You don’t have to have superpowers to lucid dream, as much as those who do would like to tell you so. However, it is important to start your practice by knowing that even if you do follow all the steps we give you, and more, you may never experience a lucid dream. We’re here to suggest how to up your chances.

What is lucid dreaming?

First of all, let’s explain what lucid dreaming actually means—it happens during REM (Rapid Eye Movement) sleep, which occurs in cycles, going deeper and deeper until you fall into a deep sleep. During this phase of consciousness, surprisingly, your mind is almost as awake as when you are actually awake—and it’s also when you’re most likely to dream. To lucid dream is when you realise you’re dreaming but you’re asleep ‘on the outside’. Because you know you’re dreaming, this also means that you can control every aspect of your dreamstate and scape. In other words, anything you can think up comes to life in your dream.

Lucid dreaming has long been a trippy conversation topic, and has sparked inspiration in thousands of artists and writers for many, many years. English poet Samuel Taylor Coleridge once wrote that “if a man could pass through paradise in a dream, and have a flower presented to him as a pledge that his soul had really been there, and if he found that flower in his hand when he awoke—Ay! And what then?” What then indeed… Inception here we come.

In order not to go nuts with paranoia, the main goal is to actually decipher when you’re dreaming—when you’re already dreaming. But a tricky part of dreams is that they are built on what we expect to see, in the sense of being awake, which is thoroughly believable when we are not.

Because of this, you’ll need a reality checklist. Here are a few common ideas:

– Look for a clock in your dream, read the time and look away, then read the time again. If it’s different to moments ago, then you’re safely awake and dreaming. Time is distorted when you’re asleep, it can go backwards and forwards and doesn’t make much sense.

– Read and reread some text, again—your brain is miles ahead of you when it’s dreaming on its own, so if the text changes and you notice it, you’re awake in your dream.

– Look at your hands, or feet. Do they look like how you remember them? The common phrase ‘I know you like the back of my hand’ doesn’t come from nowhere. Your hands will look different in a dream, because unless they are the protagonists of your dream, they won’t matter much to the storyline, and therefore your mind won’t make much of an effort to remember them as they actually are.

– Toggle the lightswitch, more often than not you’ll be able to see either way if asleep.

Dream researcher Stephen LaBerge most famously explored the realm of this seemingly unattainable reality, and he acknowledged the importance of preparing ourselves before seriously setting out for the experience. He suggested that by becoming more in tune with our dreams, they will become more accustomed to our shaping of them.

Two things we can do every day is:

– Record your dreams from the previous night. Write down what you dreamt, not only will this be hugely entertaining to read back later in life but it will also trigger a subconscious awareness by paying attention to what was uncontrolled before.

After you’ve picked whichever preparations and thoughts you wish to implement into your habits, you should also extend that to your surroundings. For example:

– Cosy up, but not too cosy. Include an element of potential disturbance around you.

– Sleep in an armchair, where you’re comfortable but not comfortable enough to fall into a deep sleep.

– Depending on how deep a sleeper you are, hold something like a metal plate in your hand, as you fall asleep your hand will drop it—create a noise, you want one that isn’t loud enough to wake you, but loud enough to bump you up a level of consciousness.

– Sleep in a car or train, bumps in the road will do this and organically keep you on a Phasic REM level of sleep.

If you’re trying to lucid dream but can’t quite grasp the unconscious consciousness, you need to take advantage of restlessness. Let’s set a simple scene when you aren’t in an armchair or car, or prepared at all: when you half wake up in the middle of the night and you aren’t sure if you’re awake or not, it’s dark and disorientating, but you’re tired enough to roll over and close your eyes again and drift back off to sleep. This is a prime time to try lucid dreaming, as you’re already halfway there.

For example, science journalist Jeff Warren came up with his own steps for ‘the big night’. He thinks that lucid dreams are more achievable in the early hours of the morning—on the other side of REM sleep, after deep sleep, as your body is waking up and you’ve had your rest. His steps were:

– To set his alarm four to five hours after he went to bed, with the aim of waking himself up.

– As soon as he woke up, he wrote down his dream, if he was in one, with meticulous detail.

– He then recited to himself ‘The next time I am dreaming, I will recognise that I am dreaming’ he also pictured himself back in his dream, and recited it again. Over and over, until he fell back asleep, expecting the best.

The dream, especially the lucid dream, is an enigma in its right. So our real piece of advice is: try not to become obsessed with the idea of it, and then losing too much sleep in order to tap into a fantasy, at the end of the day reality is far more important. You can also find more information on how to make yourself have a lucid dream on Sleep Advisor. 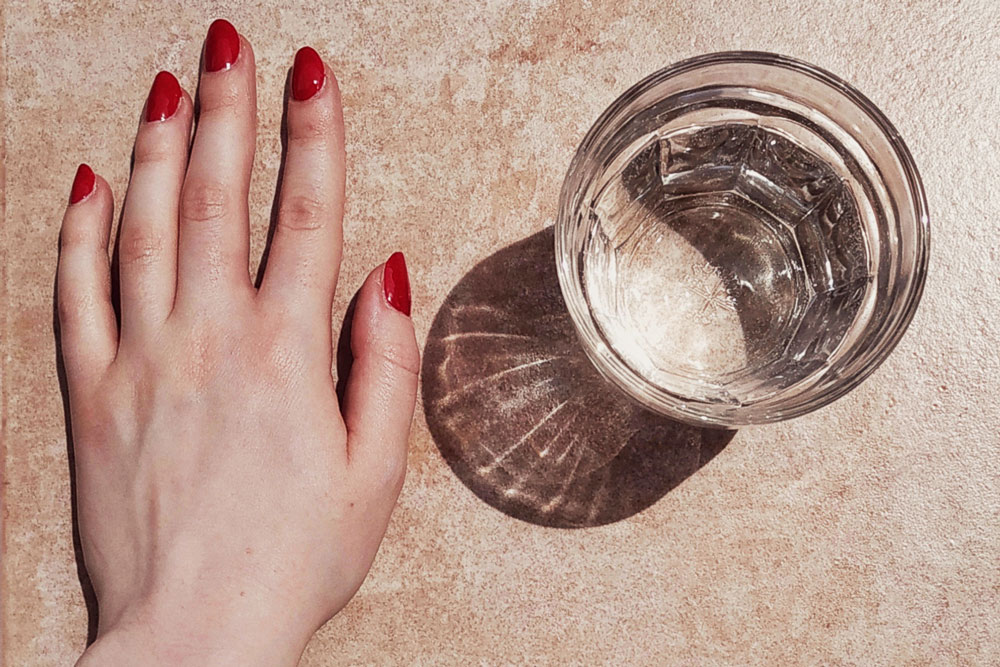 With most of the world coming out of lockdown only just now, it’s fair to say that we need a little self-love more than ever. Social distancing is awkward for all of us. No kisses, hugs, or even shaking hands is contrary to our norms of politeness as well as ways of showing affection and warmth.

A lack of human touch definitely affects our emotional and mental health. Those people who were fortunate enough to have partners, children or pets with them throughout lockdown have not missed out on touch in the same way as those who live alone.

Nobody started lockdown thinking their mental health might be affected by lack of physical contact; it’s something that creeps up on them and that makes it more dangerous for the most vulnerable in mental health terms.

So grab your favourite toy or lube up your fingers, and get those hormones swimming.

Learn to love yourself

Your self-esteem and how you feel about yourself is intricately tied to your overall mental and physical health, especially your stress levels. Having low self-esteem and feeling bad about yourself can make it harder for you to be able to cope with everyday tasks and stresses, and beating yourself down all the time takes up a lot of energy.

“We can help support this neutral connective feature of mind and body awareness through slow conscious touch of the body, and this can result in a slowing down of the stress response and a more positive relationship to our surrounding environment. In a very real sense, when you touch your own body you are in direct communication with your mind,” White added.

Sleep is vastly underrated. In a world that thrives on hustle culture, if we’re not constantly busy then the likes of Instagram can make us feel as though we’re being lazy. That, in turn, fuels our anxiety and stress which can cause us to lie awake at night, and then the sleep deprivation makes us more stressed and anxious, which can lead to low moods and poor physical health. It’s a terrible cycle.

When you’re stressed, what kind of food are you going to reach for first? It’s probably not going to be the healthy option, but rather junk or food that may make you feel better at first, but over time will leave you feeling sluggish and low. Another terrible cycle. But fortunately, those happy hormones that are released when you climax are more likely to give you a positive outlook on life, which in turn will make you less likely to crave addictive junk food or other kinds of addictive negative behaviour such as endless social media scrolling.

Orgasms are just the gift that keeps on giving.