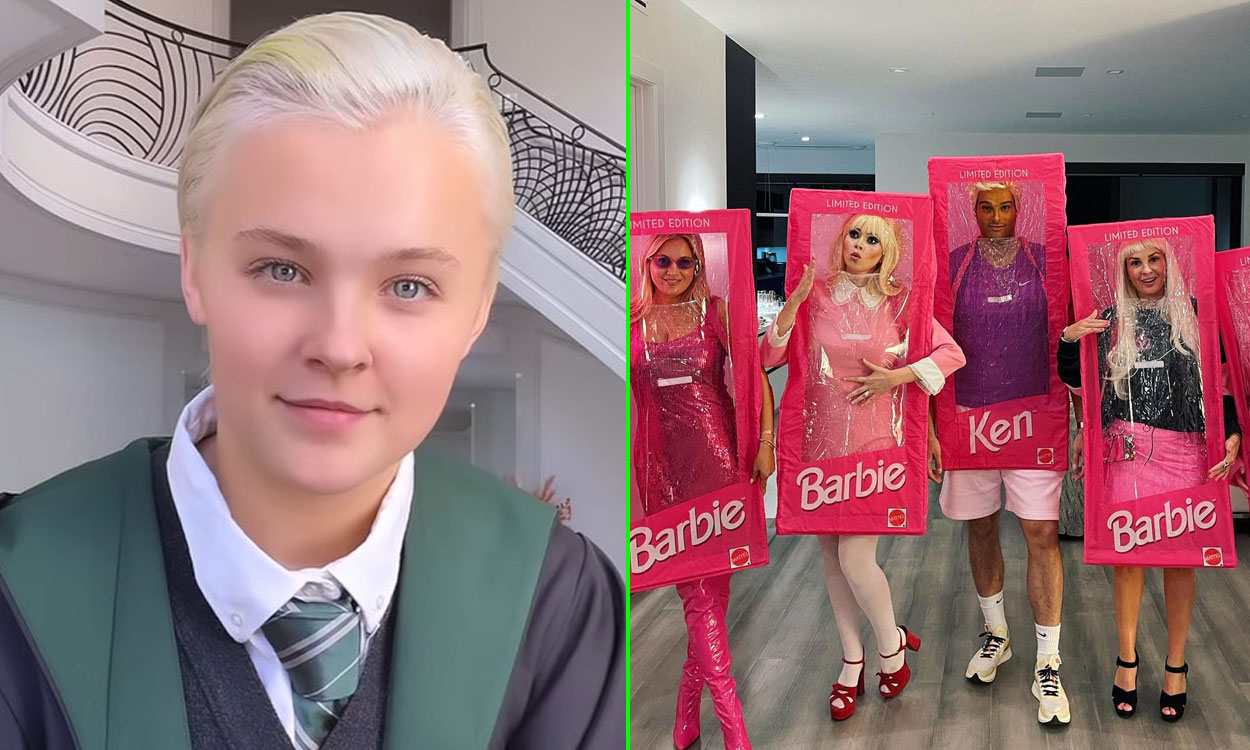 12 of the best celebrity Halloween costumes of 2022

It’s the spookiest time of the year again! While Halloween officially falls on a Monday in 2022, much of the public observed the holiday throughout the weekend. With celebrities already breaking into their fun little costumes on our FYPs, it’s safe to say that the trick-or-treating season came early this year. So, if you’re a last-minute hauler still actively looking for inspiration, listen up. Like every Halloween, all spooky eyes are on A-listers once again for their spotless renditions of jaw-dropping looks.

While 2020 was all about hand sanitiser bikinis, banana bread dresses, and lazy Zoom call drips, 2022 has already witnessed its fair share of criticisms—including the ban of Jeffrey Dahmer costumes on eBay. Over the Halloweekend, vampire couple Megan Fox and Machine Gun Kelly (MGK) were also slammed for “glorifying a toxic relationship” by dressing up as Pamela Anderson and Tommy Lee for a party hosted by Casamigos at a private residence in Beverly Hills.

That being said, several Halloween fits sported by public figures have already gripped hearts across the internet—with some netizens currently en route to DIY-ing their own takes on the costumes as we speak. From Paris Hilton evoking Sailor Moon to Lizzo channelling her inner Marge Simpson, here are 12 of the best celebrity Halloween costumes to grace our creative timelines in 2022.

2. Kylie Jenner as ‘Mistress of the Dark’ Elvira

Between this and the Bride of Frankenstein, it’s safe to say that Kylie Jenner has officially gone all out on Halloween.

4. Diddy as the Joker

“It’s not about the money. It’s about sending the message!! EVERYTHING BURNS!!!” the rapper captioned his Halloween fit check on Instagram.

To the one person who asked Keke Palmer to play “live-action Rapunzel with 100 feet box braids”: I hope both sides of your pillow are cold for the cosiest sleep tonight.

I’d also like to take this golden opportunity and inform you that there is indeed a video capturing Palmer’s Rapunzel energy:

She’s an icon, she is a legend, and she is the moment.

Note to self: Never ask Kardashian how she manages to pee in her outfits. Although several Twitter users compared the reality TV star to Saweetie and even Amber Heard for some wild reason, it’s safe to say that this look might just go down in the Kardashian history book.

The resemblance is uncanny and the vibes are immaculate.

12. Hayley Kiyoko and Becca Tilley as Velma and Daphne

Jinkies!! Hayley Kiyoko lost her glasses and found her girl instead. 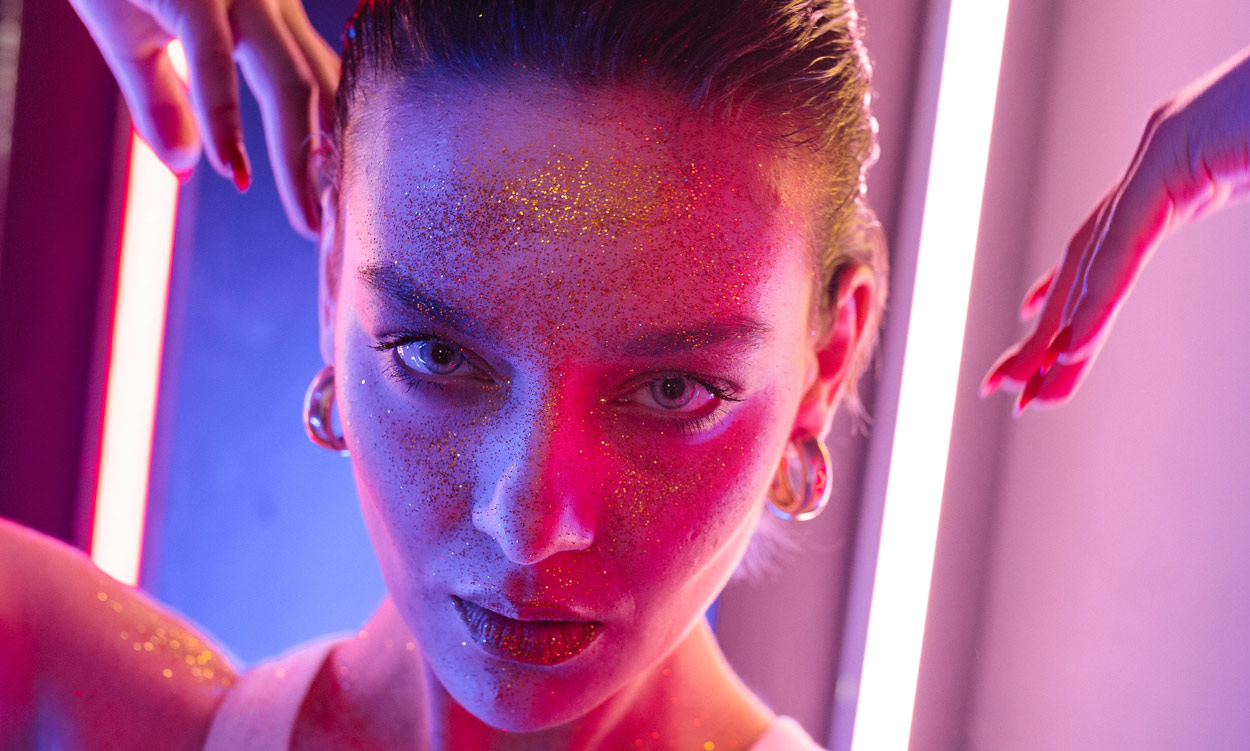 Remember the time resident bad boy vampire Edward Cullen (played by Robert Pattinson, who hates the role more than any living being on our home planet) gave a breathy Bella Swan (Kristen Stewart) an unsuccessful reminder of how he’s the world’s most dangerous predator in Twilight? “This is why we don’t show ourselves in the sunlight—people would know we’re different,” he quipped while lowkey stripping under the beams filtering through the canopy.

Glittering like a Hello Kitty sticker on a backpack, it wasn’t long before Bella ignored the blaring red, pink, and beige flags and stated, “It’s like diamonds… you’re beautiful.” To this, Edward quickly spat, “Beautiful? This is the skin of a killer, Bella.”

Fast forward to October 2022, a beauty trend now has TikTok in a glitzy chokehold—right in time for the year’s spooky season. Introducing vampire skin, a makeup look that nails the blood-sucking clan’s aesthetic, one foundation pump at a time.

What is vampire skin?

With 715,000 views and counting on the gen Z-first platform, vampire skin made its TikTok debut when makeup artist August uploaded a tutorial detailing the look as part of one’s Cullen-ification process for Halloween. “If you guys want to go as a Cullen for Halloween, just add orange contact lenses,” the creator captioned the video, which has garnered over 1.7 million views to date.

In the clip, August can be seen mixing a few pumps of sheer coverage foundation with both silver and gold liquid glitter (for that extra disco ball sparkle) on the back of their hand. The revolutionary concoction is then dotted all over their face and blended with a densely packed brush.

The creator proceeds to put Rihanna’s ‘Diamonds’ to shame by dusting powder glitter in an icy white shade all over the high points of their face, including cheekbones, brow bones, nose, and temple. A good amount is also patted as blush over their cheeks—because hey, there’s no such thing as too much glitter, right?

Shortly after August’s video went viral on TikTok, several creators jumped on the trend with their own renditions of vampire skin. While some added face oil to the blend, others bejewelled their looks with red gems and fake blood. Smudged lipsticks and bold, bleeding eyes are also the sparkling cherries on top of the Cullen-inspired cake. And don’t even get me started on the rightfully-abundant use of body shimmer to complete the spectral vibe.

This section is for fellow folks with textured skin. If you’re concerned about glitter not suiting your type or its gritty texture feeling rather uncomfortable when layered, the SkinTok community itself has some advice to share.

“For those curious—doing it this way will bring out ALL the texture on your skin,” a user noted. “Your best bet is to use a micro glitter dust spray after your base.” August also has another video in their vampire skin series detailing the textured skin-friendly process of nailing the trend. In it, the makeup artist recommends staying away from liquid highlighters and opting for a glitter spray on top of the base after contouring.

In a third clip, August also dished a key factor to keep in mind for vampire skin. “The trick is to actually not use too much foundation—you only want one pump,” they said. “Mix it with your fingers [and] tap it on. I find the trick is to actually do a quite light layer, you want the glitter particles to be well-distributed.” The makeup expert further recommended mattifying pore filling primer to people with textured skin.

At the end of the day, know that the possibilities with vampire skin are endless and every swipe of glitter under a flashlight is bound to aid your immortality. Over at TikTok, it’s safe to say that it’s already beginning to look a lot like Halloween.