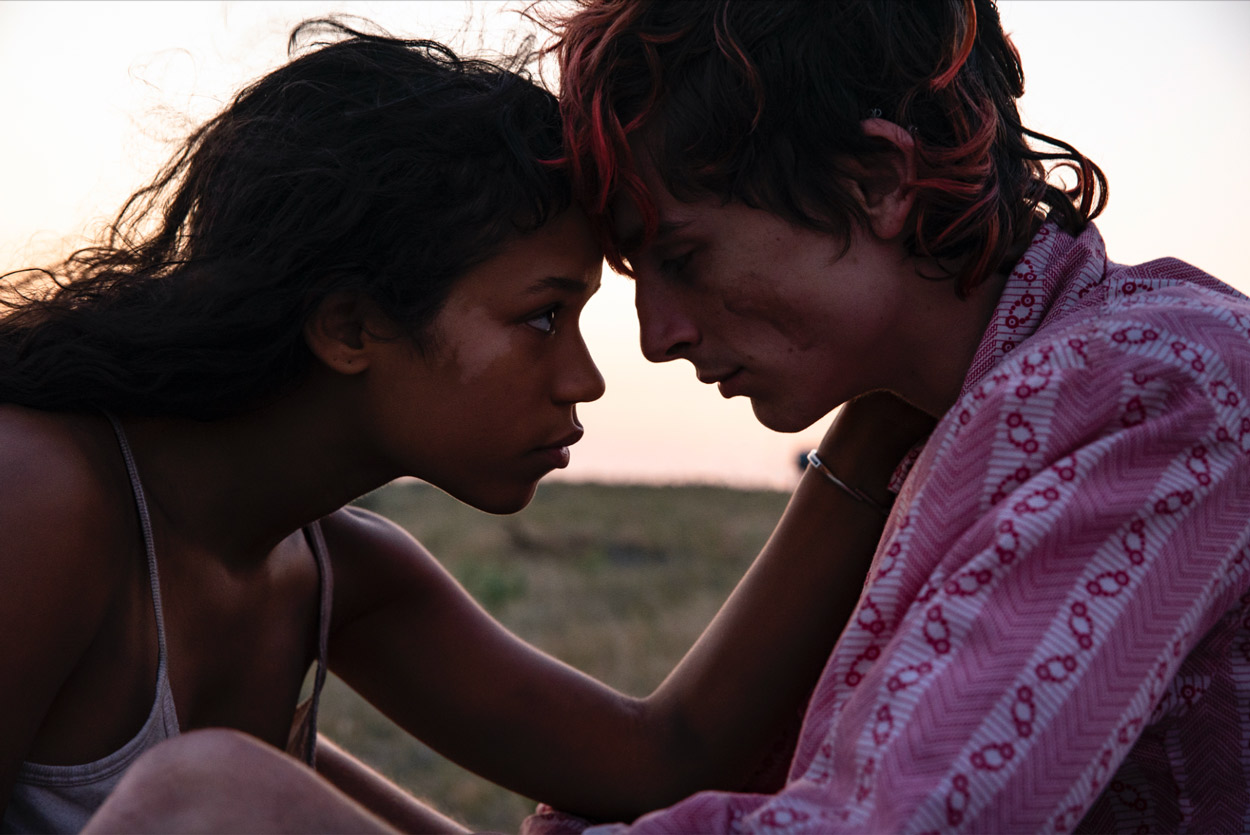 Why do we all have an insatiable hunger for cannibalism content in 2022?

Remember the glory days of The Walking Dead, when everyone was zombie-obsessed? As we enter this year’s spooky season, a similar cultural renaissance is taking place, though with a slightly more sinister twist. Brain-eating monsters and vampires are out, cannibalism is very much in.

A few projects that have come out in 2022 flirt with the idea—or vividly portray it, in some cases—including Chelsea G. Summers’ novel A Certain Hunger, the SHOWTIME TV series Yellowjackets, that horrifyingly graphic film Fresh that everyone on TikTok was dancing to, and the yet-to-come movie Bones and All starring none other than lover boy Timothée Chalamet.

Evidence pointing to the popularity of this emerging cannibal-obsessed genre can be found in dedicated subreddits, #booktok and Chalamet’s army of devoted fans alike. This onslaught of insatiableness within our media has to be tapping into some deeper collective desire. So, where has this sudden appetite for the unthinkable—or rather, for each other—come from?

The fascination with cannibalism is as old as storytelling. Dr Bill Schutt, an academic author and zoologist, went as far as to pinpoint examples of the gruesome act within Homer’s Odyssey. The author of Cannibalism: A Perfectly Natural History spoke to The New York Times about humanity’s fascination with the practice of humans eating other human beings, and how we safely express our curiosity through our entertainment. He explained that “when you take something that is so horrible and put it through this lens of fictionalisation, we get charged up about it, but we know we’re safe.”

To a certain extent as audience members, we’re naturally drawn to images, ideas and fantasies that should be repulsive at first glance. This is where the term ‘abject’, first coined by Bulgarian-French philosopher Julia Kristeva, comes in. According to Rina Arya’s Abject Visions: Powers of Horror in Art and Visual Culture, abjection refers to the “other”—or, in her words, “the abject is seen as not respecting borders, rules and positions of a society.” The term is often used in relation to art and media when describing visuals or scenes that simultaneously disgust yet entrance audiences. Think gore, violence, and, of course, cannibalism. Turns out there is a philosophical explanation for our blood-lust.

At a larger level in the film industry, the horror genre, which cannibalism often neatly falls under, has become increasingly popular. This year’s Sundance Film Festival was dominated by thrillers. Andrew Semans, director of Resurrection, which premiered at the event, told IndieWire that “horror allows you to make frank movies about the unconscious.”

Out of most cinematic genres or tropes, horror—as Jordan Peele’s ground-breaking Get Out showed us—can be a dynamic template to express our deepest, most complex fears in so many layers. This begs the question: what can this contemporary iteration and resurgence of cannibalism tell us about ourselves?

There’s an array of reasons why we may be drawn to cannibalistic motifs in our entertainment at this point in time. Some contributing factors could include climate change, the COVID-19 pandemic, political polarisation and more, which have made our world increasingly surreal over the past few years. In this vein, Ashley Lyle, co-creator of Yellowjackets, told The New York Times that she feels “like the unthinkable has become the thinkable, and cannibalism is very much squarely in that category of the unthinkable.” With this in mind, the taboo seems particularly equipped to be symbolic of the cacophony of global, national and individual problems we’ve all faced as of recent.

Summers, author of A Certain Hunger, offers an alternative yet closely related perspective. She explained the obsession with cannibalism as our way of expressing our frustrations and experiences with late-stage capitalism. “Cannibalism is about consumption and it’s about burning up from the inside in order to exist,” she told The New York Times.

“Burnout is essentially over-consuming yourself, your own energy, your own will to survive, your sleep schedule, your eating schedule, your body.” In a way, it’s cathartic for us to see these invisible, systemic forces many of us clash against on a daily basis wholly consumed by animal-like actions. At a time when bodies are being increasingly restricted and politicised, the boundless freedom expressed by this subgenre is contagious.

It’s also salient to point out the role that women play in these novels, TV series, and films. While in some, the female protagonist is the perpetrator, many other projects focus on the female body as a victim. In Fresh, for instance, Daisy Edgar Jones’ character, Noa, faces the threat of dismemberment and other cruel forms of violence against her flesh—objectifying her so that she can be more easily consumed by the antagonist, played by Sebastian Stan. At one point, the leading man even tells Noa that he only eats and sells women because “that’s where the market is,” eerily echoing the language of tech bros.

Cannibalism, as the extreme taboo that it is, toes this fine line of sexual, political and emotional liberation in some cases, and misogynistic intent in others. In any case, the metaphor has the capability to connect with us in fascinating ways.

Historian William Arnes—who, according to his obituary, “achieved celebrity as an authority on cannibalism”— argued that, throughout history, the practice has been fuelled by famine and other extreme circumstances. Looking around at the state of our surroundings, it seems an apt fit for our current situations. The metaphor of cannibalism acts as catharsis, allowing us to tap into feelings of discontentment deep within ourselves and see them acted out on the screen.

Ultimately, the cannibalism subgenre can be counted on to take a bite out of culture every decade or so, but what exactly it’s symbolising changes according to the viewer and the zeitgeist. And if you simply don’t want to think that deeply about it all, just know that you’ll have a new Chalamet film to indulge in this November.

On 11 June 1981, 25-year-old Dutch woman Renée Hartevelt set off from her Paris apartment to meet her classmate, a Japanese man who was also pursuing his PhD at the Sorbonne University. 32-year-old Issei Sagawa had invited Hartevelt over to his place to discuss a poetry assignment over dinner. And while the woman suspected Sagawa might have a thing for her, she had no idea that he was fantasising about a different kind of meal throughout the night—a deadly meal that he had been dreaming of for the past 32 years.

Complimenting Hartevelt’s German recitations, Sagawa asked her to record some pieces into his tape machine for him as allegedly recommended by his professor. When she took a seat at the dining table and started reading the piece, the man stood behind her, raised a 22 calibre rifle and shot her in the back of the head. The bullet wasn’t powerful enough to punch an exit wound, and instead ricocheted off the inside of Hartevelt’s skull—killing her instantly.

Sagawa only felt a moment of remorse before he became elated. “I thought about calling an ambulance,” he recalled in his statements to the police. “But then I thought, ‘Hang on, don’t be stupid. You’ve been dreaming about this for 32 years and now it’s actually happening!’”

In the immediate aftermath, Sagawa raped Hartevelt’s corpse and began cutting her open. “The first thing I did was cut into her buttock. No matter how deep I cut, all I saw was the fat beneath the skin. It looked like corn, and it took a while to actually reach the red meat,” he said. “The moment I saw the meat, I tore a chunk off with my fingers and threw it into my mouth. It was truly a historical moment for me.”

Two days later, Sagawa stuffed Hartevelt’s remains—her legs, torso, and head—into two suitcases and hailed a cab to a secluded lake at the Bois de Boulogne park. When he headed towards the lake after being dropped off, several witnesses noticed a trail of blood dripping from the suitcases and notified the French police, who quickly apprehended him.

“I killed her to eat her flesh,” Sagawa confessed on the spot. Ultimately, his only regret was that he hadn’t eaten his victim while she was alive. “What I truly wished was to eat her living flesh,” he said. “Nobody believes me, but my ultimate intention was to eat her, not necessarily to kill her.”

Born on 26 April 1949, Sagawa has had cannibalistic urges and a fascination with eating human flesh for as long as he can remember. As a child, his father and uncle used to play a game with him and his younger brother—where they used to dress up as giants who wanted to eat humans. Sagawa later sought refuge in fairy tales that involved cannibalistic narratives, with his favourite being Hansel and Gretel.

He also blames the media’s representation of women like Grace Kelly for sparking his fantasies. “It’s simply a fetish,” he said. “For example, if a normal man fancied a girl, he’d naturally feel a desire to see her as often as possible, to be close to her, to smell her and kiss her, right? To me, eating is just an extension of that. Frankly, I can’t fathom why everyone doesn’t feel this urge to eat, to consume, other people.”

After waiting two years for his trial in a French prison, the 32-year-old was declared unfit and legally insane as judge Jean-Louis Bruguiere dropped the charges and ordered him to be held indefinitely in a mental institution. He was then deported back to Japan, where he was supposed to spend the rest of his days in a mental hospital… but he didn’t.

“Because the charges in France had been dropped, the court documents were sealed and couldn’t be released to Japanese authorities,” All That’s Interesting noted. “Therefore, the Japanese had no case against Issei Sagawa and no choice but to let him walk free.”

As of today, the 73-year-old cannibal walks the streets of Tokyo, where he lives, free to do as he pleases. Sagawa has also capitalised on his fantasy by writing restaurant reviews, weekly columns in magazines, appearing on cooking shows (where he obviously plated raw meat), publishing over 20 books and manga (with the title of one being Extremely Intimate Fantasies of Beautiful Girls) and editing an anthology about cannibalism.

What’s more is that he was even cast in a low-budget adult film, where he pretended to eat a woman’s buttocks. I literally cannot make this up.

And it seems like spending time in prison and a care institute hasn’t quenched his thirst either. “The desire to eat people becomes so intense around June when women start wearing less and showing more skin,” he said. “Just today, I saw a girl with a really nice derrière on my way to the train station. When I see things like that, I think about wanting to eat someone again before I die.”

Heck, he’s even sketched his plan of action to carry out the crime in question: “I think either sukiyaki or shabu shabu [lightly boiled thin slices] is the best way to go, in order to really savour the natural flavour of the meat.”